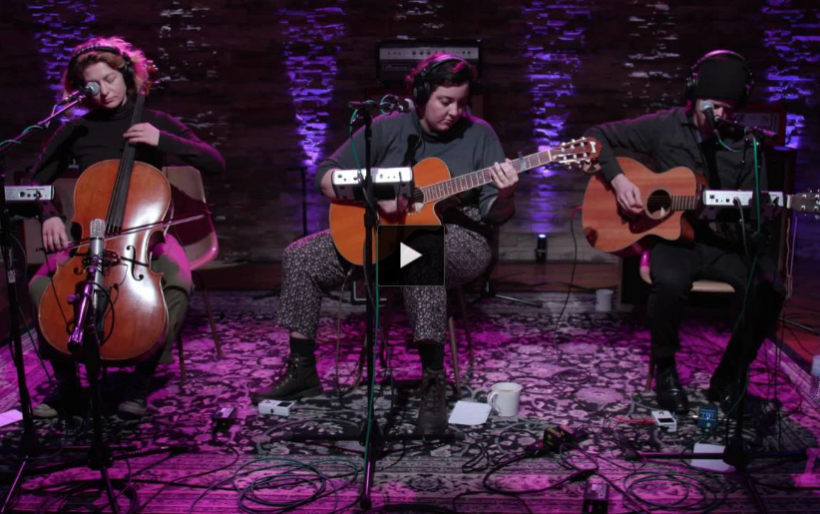 After releasing her new record I’ll Sing in the fall, Shannen Moser has kept a steady touring schedule throughout the last few months. When she was in Chicago a while back, Moser and her bandmates stopped by Audiotree Live to record a session, which is out now. Accompanied by Julia Peters on cello and PJ Carrol on guitar, the Philly-based singer-songwriter fits a full eight songs into the 37-minute session, mostly playing tracks off the new album but adding in a few old ones, like “Alex (282)” and “Yr Undertaker.”

In between songs, Moser answers questions about her autobiographical songwriting style and what it was like find a home with her label, Philly’s own Lame-O Records, after self-releasing her music for a few years. The Audiotree host also asks Moser to describe what the Philly DIY scene is like and how, as a folk artist, she fits in amongst the innumerable punk bands — especially when it comes to getting louder crowds to quiet down during an acoustic set. (Moser’s solution? “I like to stare at people that are talking.”)