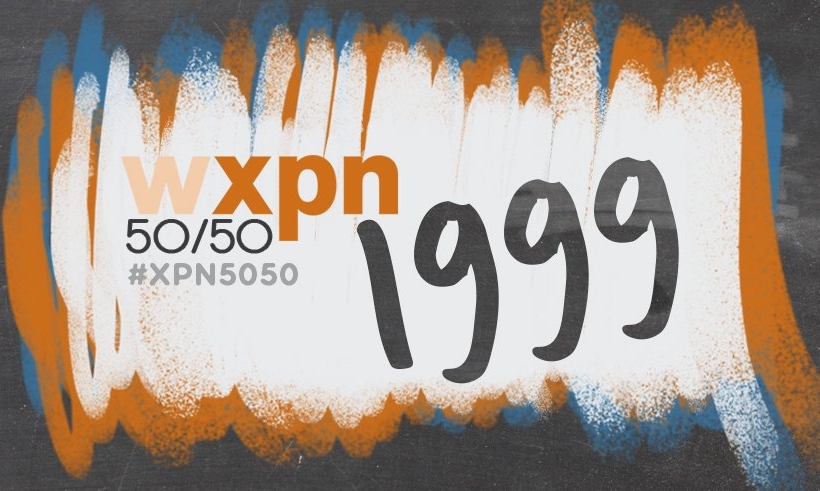 For fifty weeks over the next year, we’re celebrating the music of a specific year every Saturday on WXPN. We’ll be choosing the years randomly; for this week’s #XPN5050, Eric Schuman is putting the musical spotlight on the year 1999.

It was a musically bizarre landscape during final year of the 1990s (and, depending on who you ask, the final year of the 20th century): the alternative zeitgeist had long since died away, pop music was developing a new sheen for the new millennium, nümetal was in its unfortunate ascendence.

But there were stone cold classics released that year as well: The Magnetic Fields’ magnum opus 69 Love Songs captured the imagination of the indie rock underground, The Roots’ Things Fall Apart launched them from the Philadelphia map to the global map, R&B trio TLC crafted another chart-topper to perfection with “No Scrubs” from Fanmail, and Moby’s Play was not only a critical hit, but it redefined commercial success when it managed to license every single one of its 18 tracks to various commercials.

Veteran artists like Blondie, Blur, and Luscious Jackson tried to re-invent themselves with new releases in 1999; the year also saw the quiet debut of bands who would go on to huge acclaim, like The White Stripes and My Morning Jacket.

On TV, people were hooked on The Sopranos, the mob family drama which debuted with its first of six seasons, as well as the snarky satire of Family Guy, and the brilliant nostalgia of Judd Apatow’s Freaks and Geeks, which may not have seen success in its lifetime but has gone on to become one of the most beloved shows of the DVD era.

On the big screen, folks lined up for (and were summarily infuriated by) Star Wars Episode 1: The Phantom Menace, while The Blair Witch Project terrified them, The Sixth Sense surprised them, and The Matrix thrilled them with dazzling visual effects and a heady storyline.

Back to the music, take a listen to a Spotify playlist of the music of 1999 below.