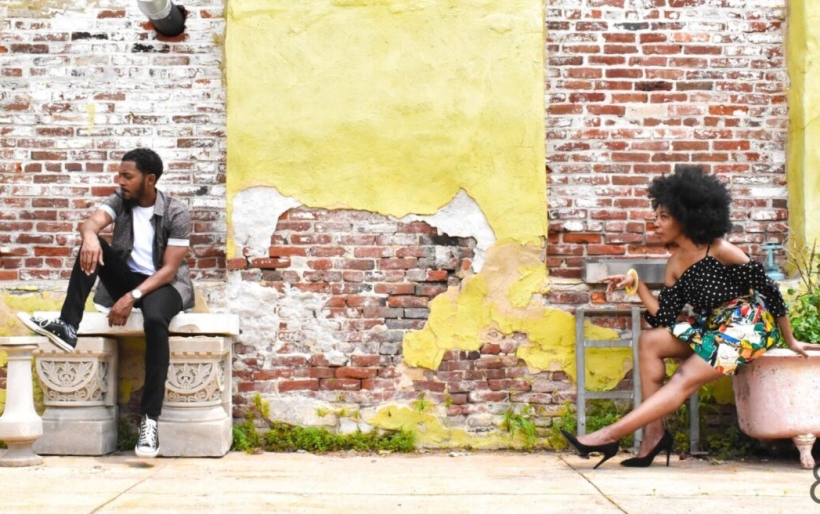 &More | photo by Deej Spicer | courtesy of the artist

Former first lady Michelle Obama celebrated her birthday on January 17, and the occasion wasn’t overlooked here in Philly — especially by local duo &More, who just released a new single called “4Ever 1st Lady.” The project of local artists Donn T and Chill Moody, the R&B/hip-hop duo has gained traction playings gigs around town over the past year, and the new single is accompanied by the announcement of their debut album Ethel Bobcat, which will be released on April 5. &More has also announced a string of tour dates throughout the spring, including an April 26 show at Johnny Brenda’s.

While “4Ever 1st Lady” was released in honor of Michelle Obama’s birthday, &More actually debuted the song live last spring when performing ahead of Mrs. Obama’s speaking event at the Liacouras Center. The song uses Michelle Obama’s now-famous catchphrase, “When they go low, we go high,” which was part of her speech at the 2016 Democratic National Convention.

&More shared the following statement about the song.

“This is a special song for us. Our first performance as &More in Philly we had the honor of opening for Michelle Obama and it was there that we debuted “4Ever 1st Lady.” Speaking with our ‘forever first lady’ that day, and a few times since then, has really inspired us. Her words serve as reassurance that we are on the right path.”

Listen below, and find more information on the Johnny Brenda’s show on the XPN Concert Calendar.