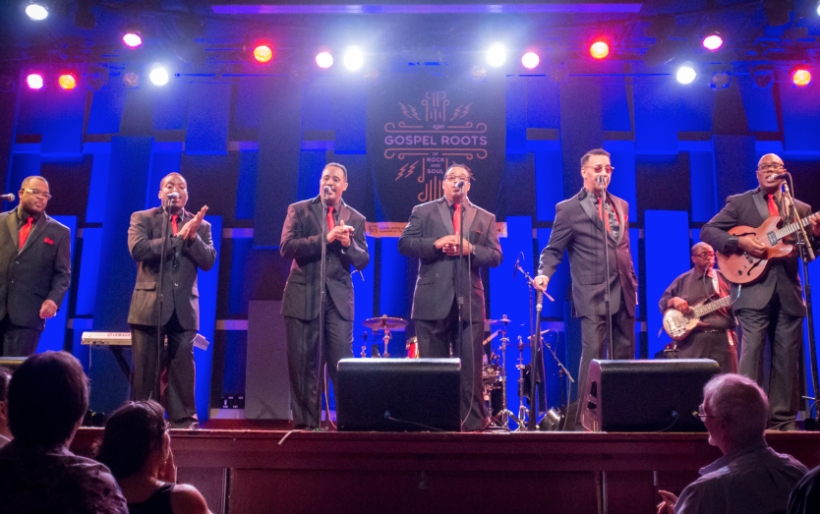 The Dixie Hummingbirds | Photo by Ellen C Miller for WXPN

Wrapping up the year-long Gospel Roots of Rock and Soul project, a new radio documentary series will launch in February, hosted by Grammy-award winning gospel singer CeCe Winans. Produced by WXPN, distributed by NPR, and airing in Philadelphia on XPN as well as WRTI, Temple’s classical and jazz station, at 90.1 FM.

#XPNGospelRoots was supported by a grant from the Pew Center for Arts and Heritage, and included a sold-out series of concerts featuring The Dixie Hummingbirds, The Fairfield Four, and more — in addition to a website of short blog posts and long-form essays tracing the history of 20th century gospel music and how we still hear it reflected today.

“The project demonstrated the enormous role that black gospel music played in the birth of rock and roll, and its continuing influence on popular music genres, including soul and R&B,” said Co-Executive Producer and WXPN Assistant Station Manager for Programming Bruce Warren. “The radio documentary explores these connections as a way of reinstituting gospel’s central place within the history of American popular music.”

The Gospel Roots of Rock and Soul documentary consists of four one-hour segments, beginning with the foundation of black gospel from spirituals, which informed the music of later gospel quartets. It highlights artists as Sam Cooke and Aretha Franklin, who transitioned from gospel to secular music; Sister Rosetta Tharpe and her early rock stylings; and Elvis Presley, who helped expose white audiences to gospel music.

“It was a pleasure working on the documentary,” says Winans. “There is so much richness, detail and respect for the history that went into the making of it. As a gospel musician myself, it’s important for music fans and listeners to learn how much gospel music serves as the foundation for so many other music genres.”

Gospel Roots of Rock and Soul will be broadcast by WXPN in four parts on February 4, 5, 6 and 7 beginning at 8 p.m. ET. It will also be broadcast by WRTI on February 10, 17, 24 and March 3 at 8:00 a.m. ET. Other stations broadcasting the documentary during Black History Month include KALW in the San Francisco bay area, KUNC and the Colorado Sound in Denver, WMFE in Orlando, WEAA in Baltimore, and WKNO in Memphis. Listen to a trailer for the documentary, hosted by Winans, below.