TIOGA wrestles with the future on "Young Man Now" - WXPN 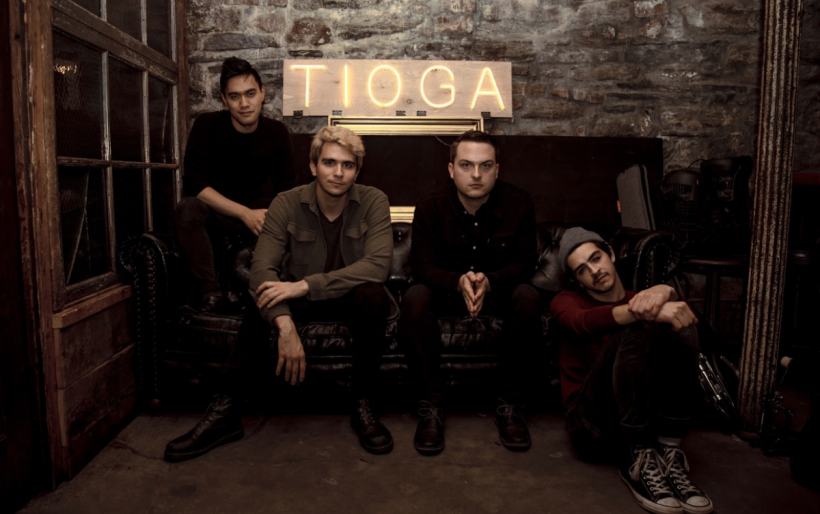 Tioga | photo by Carol Simpson | courtesy of the artist

TIOGA wrestles with the future on “Young Man Now”

Earlier this month, singer-songwriter Sharon Van Etten released the incredible “Seventeen,” a song from the perspective of the 37-year-old songwriter looking back through time at her pre-adult self, imparting wisdom while also absorbing existential lessons.

The new music video from Philly modern rock four-piece TIOGA takes the opposite perspective of 20-somethings trying to enjoy the now while fearing the future. Originally heard on the band’s 2018 release Lodestar, the pulsing rhythm of “Young Man Now” evokes aughties indie dramatists Interpol and The Killers, and though the video shows them very much in the moment, in celebratory gig mode, nervous faces and scared sidelong stares betray a fear of the unknown.

As TIOGA lays it out in a press release, the song contrasts “feelings of youth and invincibility,” with “ignorance or disregard for the future, and the underlying reality of impermanence.” So though the repeated hook is “I’m a young man now,” the implied continuation of that thought is “but soon I will not be. And what then?”

Watch the video below. Tioga’s next Philly gig is a headliner at Ortlieb’s in Northern LIberties on February 9th with Saint Wilde and Pool Radio; for tickets and more information on the show, click here.