M Is For Musician: Watch Questlove and Grover have a drum-off on Sesame Street - WXPN | Vinyl At Heart 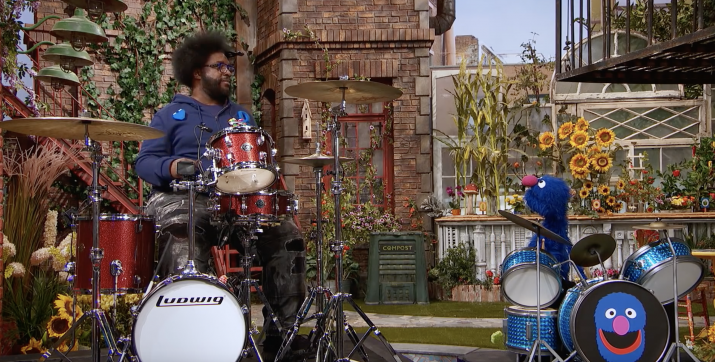 M Is For Musician: Watch Questlove and Grover have a drum-off on Sesame Street

It’s not like we needed any proof that Questlove could drum better than a Muppet (much, much better), but on a recent episode of Sesame Street called “The Big Pretend Band”, he proved it. Paired off against Grover, the “M is for Musician” sketch finds The Roots’ percussionist getting a drum lesson frim the fuzzy blue monster — while also color-coordinating his own attire with a blue hoodie and dapper blue-framed glasses — only to show him up with a sick solo after swapping a few basic beats, and a drum-off ensues.

Totally adorable and fun, but honestly, this was never a competition; if Questo had been paired up against Animal from The Muppet Show, that would have been a different story. Watch below.