Shakermaker: Watch Oasis play the TLA in March of 1995 - WXPN 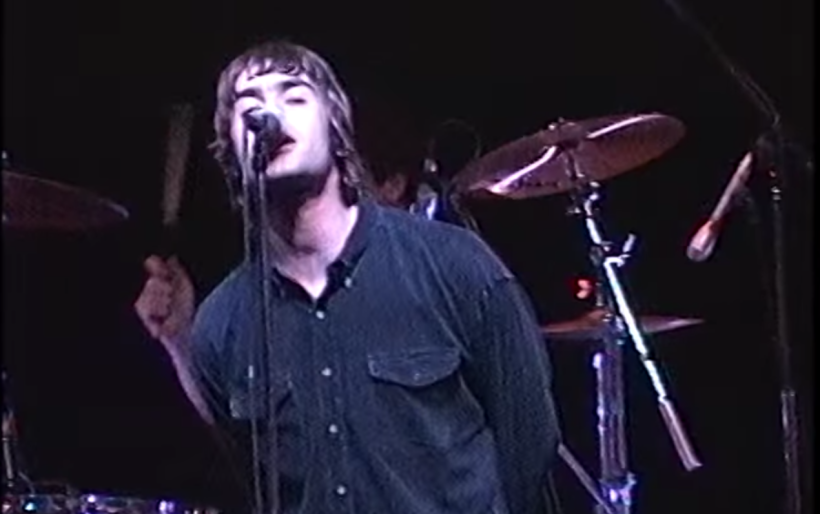 Shakermaker: Watch Oasis play the TLA in March of 1995

*This article was originally posted on March 7, 2019

What a difference a few years makes. When Oasis wrote “Rock and Roll Star,” the opening track to their 1993 debut Definitely Maybe, they were not, in fact, rock stars. That’s what’s the song is about: living their life in the city, trying to find a way out, chasing their dreams even if they seem unattainable. It’s their “Thunder Road,” if you will, with Manchester and its surrounding burgs standing in for Springsteen’s Freehold, New Jersey — and by the time Oasis finally landed a proper U.S. tour that brought them to Philadelphia, the song was no longer a fleeting moment of glory in an otherwise humdrum existence. It was their life.

Oasis played Philly twice on their Definitely Maybe run — first at the storied J.C. Dobbs in October of 1994, and then again a few blocks down South Street on March 7th, 1995, at the Theater of Living Arts…of which we’ve uncovered a full-concert recording on YouTube.

It’s interesting to see Oasis at this point in their trajectory because they’re not quite the totally combative ego-driven celebs of the post-Morning Glory years, but you can tell that they’re not humble youngsters either. Liam Gallagher’s blasé, arms roped around his back, singing up into the mic style was in effect and as emotionless as in later years. The band sounds great, though, and the show is practically identical to the Dobbs gig — there are slight differences in mid-set order, and the March gig also includes “(It’s Good) To Be Free” and “Headshrinker” — which is to say, Oasis played every song they had, and a Beatles cover. Watch below.