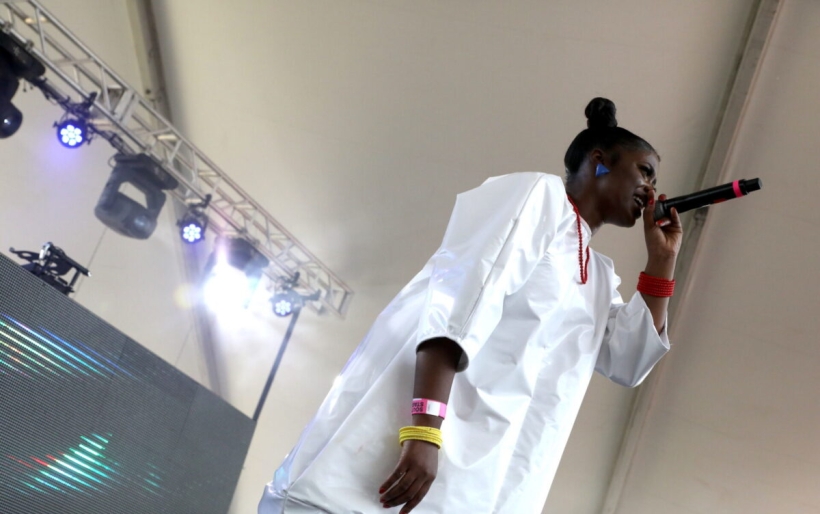 New music has been beaming on the regular from the ridiculously creative mind of Philly rapper Tierra Whack. Since mid-February, she’s released several singles under the #WhackHistoryMonth banner, and the latest single — called “Wasteland” — finds Whack on the west coast, ruminating on her surroundings in a serious of free-associative bars. The beat moves at a mellow pace, while Whack’s bars unfurl at double-time, creating a unique low/high energy as she catalogs various observations on L.A. existence.

There are the hills (“Chillin’ in the hills / Hills Have Eyes”), there’s a lot of wealth and privilege, and there’s a long line to get into the club where the person behind Whack will not stop asking on a date and is not picking up on cues both nonverbal and verbal (“I got bigger fish to fry, I can’t tell a lie / Walk away from me, that’s my best advice.”).

Take a listen below, and catch the other #WhackHistoryMonth cuts “Clones” and “Only Child,” as well as “Gloria,” and her performance on Jimmy Kimmel.