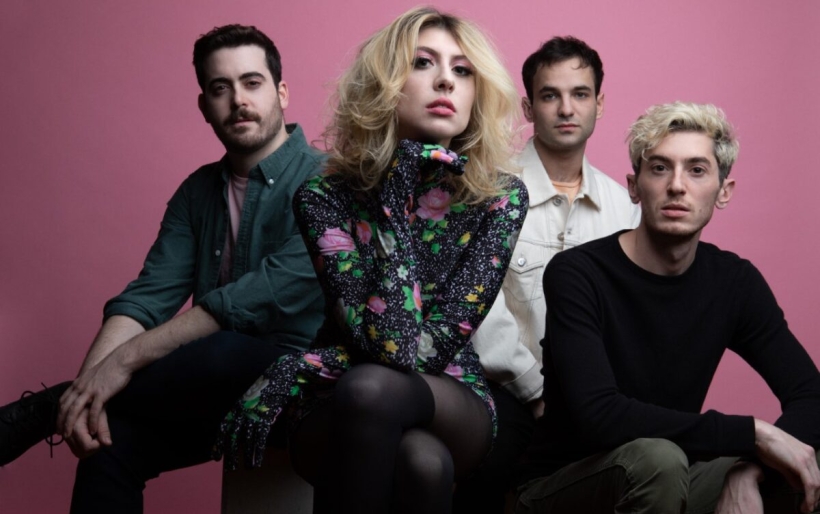 Charly Bliss | photo by Ebru Yildiz | courtesy of the artist

Charly Bliss confronts their fears in the “Hard To Believe” video

NYC indie rock band Charly Bliss is readying the release of their second album, Young Enough, and its already sounding like a big step ahead from the infectious indie pop of their 2017 debut Guppy. As the release and its adjacent spring tour nears, the band just dropped a music video for the ear candy single “Hard to Believe” that is equal parts paranoid and hysterical.

Directed by Henry Kaplan,  the video finds the band ensconced in their suburban practice space, confronting a variety of fears. For bassist Dan Shure, he’s worried about being watched, as he sees his smart phone continuously ringing with a shady “No Caller ID” name, prompting visions of a masked marauder racing to do who knows what with the band. Drummer Sam Hendricks seems to have mix of OCD and claustrophobia going on, and fixates on a green marble and red solo cub on the floor in front of the kit, shuddering as the band circles in around him during the solo. And singer Eva Hendricks is stares at pictures of clouds, which come to life in a vertigo-inducing segment. Meanwhile, she emphatically sings “I can’t accept that you’re leaving, I can’t pretend that I need it.”

As the band explains on Facebook: “‘Hard To Believe’ is a song about being addicted to a bad relationship, and the endless cycle of trying and failing to end one.” And their solution is to confront their various fears with varying degrees of hilarity and intrigue.

Watch “Hard to Believe” below. Young Enough  is out May 3rd on Barsuk Records, and Charly Bliss’ spring tour brings them to Philadelphia on June 6th to headline The Foundry of the Fillmore Philadelphia. Tickets and more information can be found at the XPN Concert Calendar.