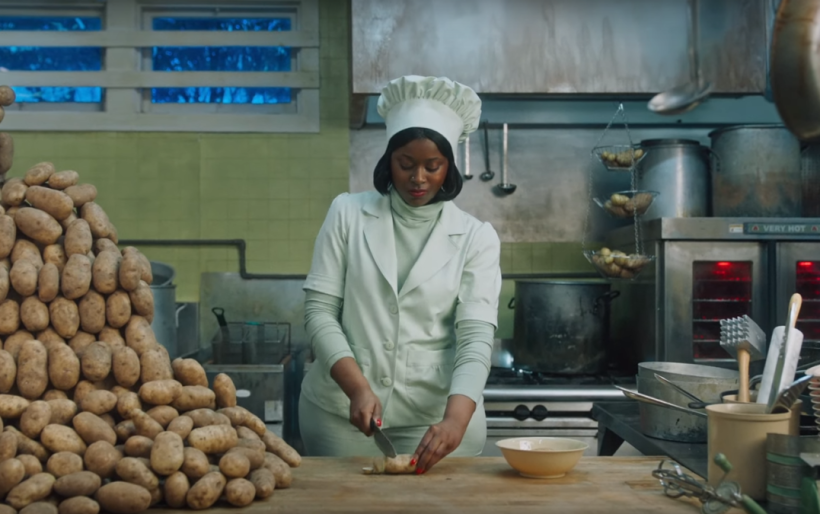 Philadelphia rapper Tierra Whack set the bar incredibly high with her 2018 visual album Whack World, but the new video for “Unemployed” is no visual slouch, comparatively on par with her previous project in its imagination and captivating strangeness.

As Whack’s lyrical flow shines bright over the minimal trap production, she finds herself donning a chef’s hat and slicing up a patch of potatoes, with one innocent spud brought to life through CGI. The music video, directed by Cat Solen, turns somber as Whack brings them to a bitter end, at the hands of a giant potato monster. The video is bizarre, fun, and intriguing to say the least.

Tierra Whack is slated to perform at the ever-popular Made In America Festival this summer; she also just played the first weekend of Indio Valley’s Coachella Festival, and returns for weekend two later this month, as well as Chicago’s Lollapalooza in July.

Watch the “Unemployed” video below.