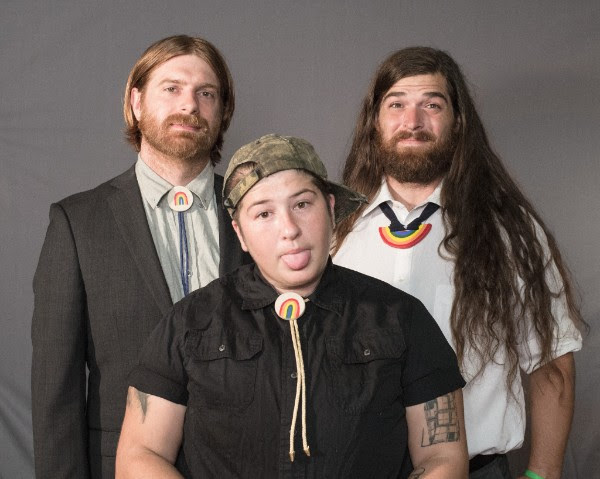 Thin Lips surprised us with a new EP, Carrot Milk

What better way to start the week than with some unexpected new music from Thin Lips? The band released a new EP, Carrot Milk, this past weekend, showing a stripped-down, introspective side to the band. It’s three tracks are sparse and intimate demos that set Carrot Milk apart from Thin Lips’ usual punk sound that we’re used to. It’s also a deeply personal project for singer-songwriter Chrissy Tashjian, who wrote, recorded and produced the new release.

Carrot milk is very different than anything i’ve ever made before, its essentially a glorified demo that i wrote entirely in my living room, then went over with a fine tooth comb re-tracking and re-amping some things at the headroom, having some amazing friends come lend their voices and then Kyle mixed it. It’s a reflection of the notes that I made throughout this last year titled ‘my closest deaths.’ I started writing these reflections after my gramma died last april and i went to say goodbye to her body before the coroner came to her home to take her to the morgue. This is when i said goodbye to her because i was missing her funeral because i was going on tour. These notes range so many topics but are basically a collection of thoughts and feelings i was facing being a queer woman in a very masculine straight world where most of the people around me didn’t have bodies or genders like mine, and having a really hard time figuring out how to have confidence. This was a deep questioning of my own value system and limits. It’s something i’m still working on all the time, and is such a small blip in the world where people are facing deep oppression and injustice every day, however it is my blip, and thanks for listening <3

Carrot Milk is available to stream on Bandcamp, but Thin Lips had a stroke of bad luck recently when their touring van died, so they’ve listed the EP as “name your price” — I’m sure they’d appreciate any donations you’re able to toss their way and help them continue touring.

Thin Lips will open Camp Cope’s sold-out show this Saturday at the Church, and their next local gig is a World Cafe Live show on June 22 with Sheer Mag and White Reaper. Find more information on the XPN Concert Calendar.