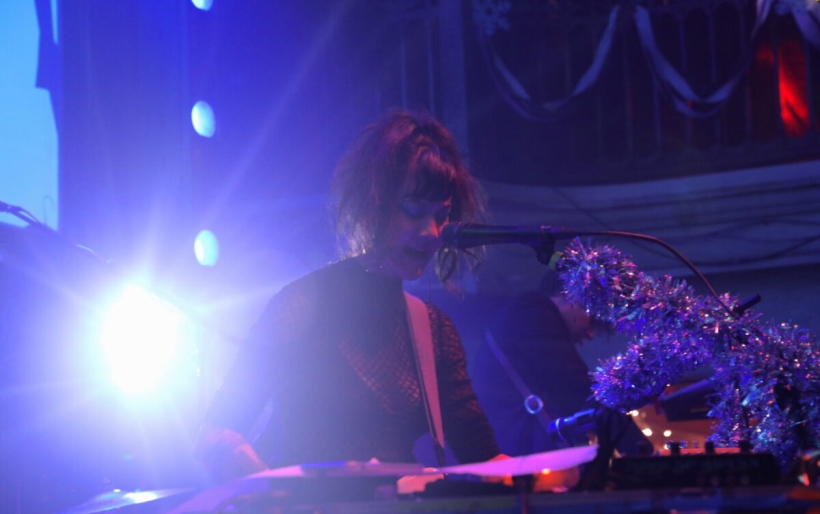 Michelle Zauner has been putting out pitch perfect content lately. She released her last album, Soft Sounds from Another Planet, in 2017, and since then has announced her book Crying in H-Mart (named after her essay for The New Yorker), directed music videos for Better Oblivion Community Center and Charly Bliss, and written music for the indie video game Sable. All that while continuing to tour with dates at Coachella and SXSW. In the latest update from her intense creative output, she’s released the new Japanese Breakfast single “Essentially,” as part of Marriott International W Hotel’s record label, W Records.

“Essentially” is a fitting name for a track so spare with detail, every layer perfectly synchronized and without ornamentation. Stylistically, it’s similar to Japanese Breakfast’s previous bass-driven songs like “Road Head” or “Heft,” with a groove so steady throughout that allows Zauner to explore the space. Her lyrics describe a relationship tense with jealousy, Zauner calling on her other to “love me essentially, love me like someone else’s wife.” It toes the line between pop and shoegaze, which tends to describe the majority of Zauner’s catalog. It’s distinct, however, for leaving the guitar out and letting the bass and Zauner’s voice guide the listener.

The song comes with no news of an upcoming album, which is to be expected considering all of Zauner’s other projects. All of the proceeds from the song benefit the ACLU. Japanese Breakfast plays the XPoNential Music Festival on Friday, July 26th; tickets and more information can be found at XPNFest.org.