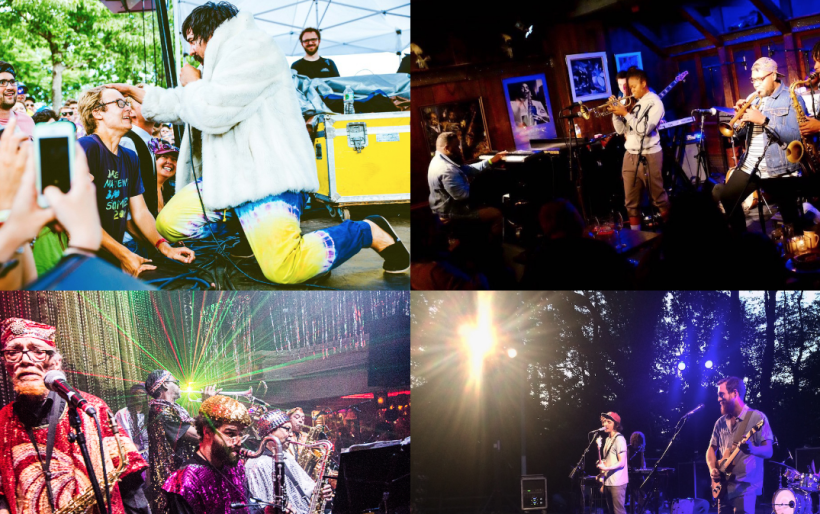 Philly avant-garde rockers Man Man have risen from hibernation this year, and will headline the 2019 edition of the Philly Music Fest, just announced today.

The project of songwriter Ryan “Honus Honus” Kattner and drummer Chris “Pow Pow” Powell was a highlight of the 2014 XPoNential Music Festival, but has since gone bicostal, with Kattner releasing solo music. Along with some previously-announced west coast tour dates, this gig marks their formal return to action, and their first time playing the city where they got started in four years.

Man Man will be joined on Saturday, September 28th at World Cafe Live for night two of Philly Music Fest, alongside the amazing Sun Ra Arkestra, whose leader and saxophonist Marshall Allen turns 95 this month. The Saturday bill also features Key Faves Rosali, Thin Lips, Foxtrot and the Get Down and Ill Fated Natives (who play our next House Key Showcase on May 31st) and more.

Friday night September 27th features another World Cafe Live show headlined by Vacationer, the breezy electropop band led by Kenny Vasloli of pop punk outfit The Starting Line. Anthemic punks Restorations are also on the bill that night, along with cosmic trumpeter Arnetta Johnson and SUNNY, who played one of the best sets we saw this weekend at Center City Jazz Fest. That lineup also features rock and roll from XPNFest-ers RFA and Ali Awan, indie pop from Tate, and more.

Tickets and passes for Philly Music Fest are on sale now; more information can be found here. Listen to music from some of the performers below.