"It made me feel safe and seen." Reflections on the ten-year anniversary of Santigold's debut - WXPN 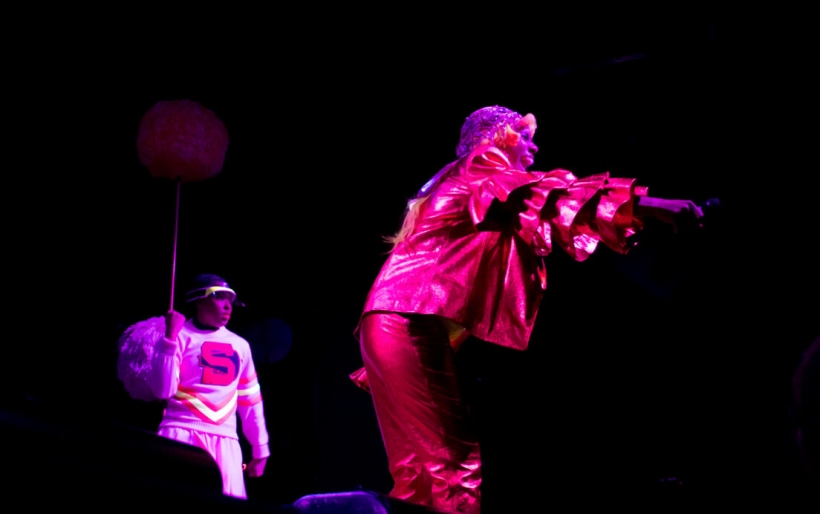 “It made me feel safe and seen.” Reflections on the ten-year anniversary of Santigold’s debut

For the first time in life I felt like I had good taste in music. Thank you, Santigold.

Growin up, my musical taste were vapid at best. I thrived off off bubblegum pop, and top-40 Hip-Hop. *NSYNC’s self-titled album was my first cassette. Britney’s Baby One More Time was my first compact disc. By the time I made it to high-school, I discovered Fueled By Ramen and was having a field day with Gym Class Heroes and Panic At The Disco.

Then 2008 entered like a wrecking ball, and in came Santigold right behind it. I can’t recall the first time that I heard “L.E.S. Artistes”; I imagine a song or two from the self-titled Santigold may have popped up on my MIA Pandora radio. But I do remember being enamored by this weird black girl. Her yelps and whoops on songs like “You’ll Find A Way” threw me off, and made me uncomfortable in a good way. I was also taken aback by the fact that she made little effort to look and be cool. Contrary to what I was accustomed to, Santigold didn’t have to put on airs.

Here, I have the option to be objective when talking about the work of Santigold. But to be honest, I would not be doing this review justice if I did not contextualize it with my own experience. My thoughts on Santigold, and her debut album more specifically, are deeply intertwined with my own identity. At a time where I was struggling to find an identity for myself, as many 17-year-olds do, Santigold presented herself as the weirdo black girl role model that I didn’t know I needed. The songs on Santigold were introspective (“you don’t know me, I am an introverted excavator”) and self-affirming (“I am a creator, thrill is to make it up”). Santigold’s music made me feel safe and seen. Flash-forward to over a decade later, Santigold is my favorite musical artist of all time. Yes, even more so than Beyonce. Three albums and a project of previously unreleased tracks later, Santigold has never made a bad song. Period.

When I found out that Santigold was doing a 10-year mini tour to celebrate her debut album, I freaked out. In a world of 20-year Illmatic and Things Fall Apart anniversaries, I was proud to have a defining album of my era finally reach a milestone.

If Santigold is nothing else, she is consistent. While the songs and stage costumes might change, every show of her’s that I’ve been to has had the same energy: erratic projections, stoic dancers, and an audience invited on-stage for a mini dance party to “Creator.” These are all things we saw Sunday night at The Fillmore.

Considering that this was a tour honoring her debut as a solo artist, I was pleasantly surprised to find that she performed more recent tracks like “Big Mouth” and “Disparate Youth.” The highlight of the night may have been when she performed an a cappella version of “I Want Some Pussy” by 2 Live Crew after apologizing to her mother for the crude lyrics.

Considering that Philly is her hometown, Santi spent a lot of time waving to and shouting out loved ones in the audience. Throughout her performance, Santi did not miss a beat, nor a note. At the age of 42, and a mother of three, Santigold remains the epitome of a carefree black girl and I am grateful.