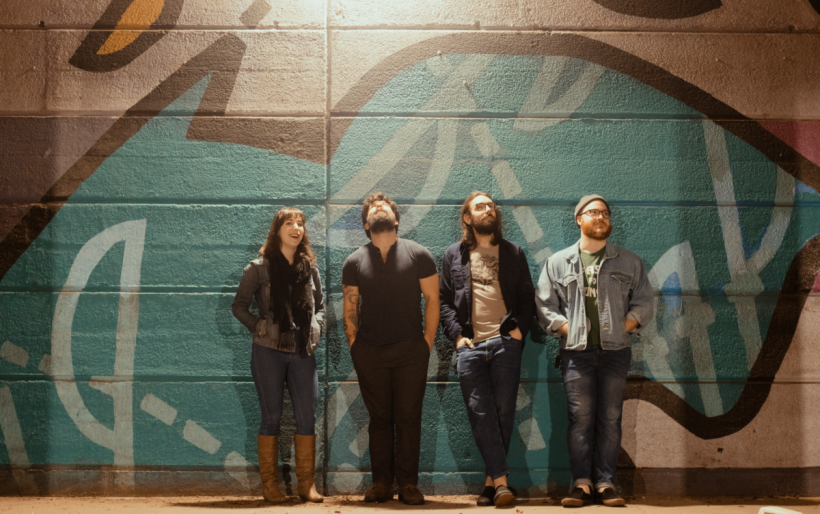 Thantophobe | photo courtesy of the artist

Thantophobia is the fear of death, something I’d guess every one of us has to some degree. Thantophobe the Philly rock band makes music that reflects on the dizzying whirlwind of life, that tries to remain in the moment as it passes us by.

Today, the band released its latest EP, Life So True, and it’s bursts out the gate with the radiant rocker “Saints,” a speedy dreamscape with War On Drugs-esque guitar leads and pulsing rhythms — a vibe that’s not surprising when you hear that the band worked with Drugs collaborator Jeff Zeigler at Uniform Recording on the EP. Zeigler helped singer-guitarist Thomas Johnsen and drummer Eric Scattareggia build out four-track demos recorded at home with layers of instrumentation and vibe; additional work was done at Aaron Levinson’s Range Recording. The result is a glorious sonic tower, but it keeps those raw home recordings as the skeletal foundation.

Paired with the song is a new video from Philly filmmaker Bob Sweeney that sets the song to flickering, fast-paced vignettes of Philadelphia where the underside of the Market-Frankford El, the treelines of Kelly Drive, and the streets of Fishtown flash by in a dreamlike haze. “I love Bob’s stuff, so we had him come in and do his thing and it turned out really nice with some really cool visuals,” says Johnsen. “The old film look is cool, and our friend Alexandra Kay March added to the vibe as a subject other then just myself and the band.”

Thantophobe is rounded out by Molly White on synthesizer and vocals, Andrew Warren on bass, with live members Tim Campbell on Guitar and Matt Halley on piano and organ. They’ll play a EP release party for Life So True at PhilaMOCA on May 31st; tickets and more information on the show can be found at the XPN Concert Calendar. Watch the “Saints” video and listen to the EP below.