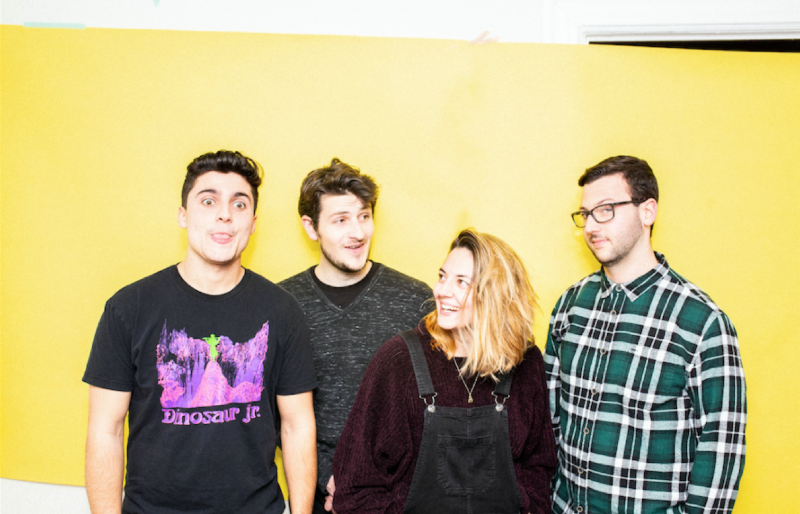 The Vaughns | courtesy of the artist

Today, May 10th, The Vaughns release their debut album, F.O.M.O., onto the world. The record sees the New Jersey band, made up of David Cacciatore, Anna Lies, Ryan Kenter, and Tom Losito, expanding on the addictive rock sound they had on their 2015 EP Tomfoolery. Tracks like “Kowabunga” and “B.Y.K.T.W.D” will have you dancing around, while “Bby Save Me” highlights their softer side. Lies’ vocals soar throughout the 40 minute project. The album is one you’ll be coming back to all summer long.

The band formed in 2014 after being introduced by mutual friends. Since then, The Vaughns have gigged with the likes of Japanese Breakfast, Tor Miller, Laura Stevenson, Aaron Carter, and Bad Bad Hats. They will be hitting the road on their own this summer, and making a stop at XPoNential Music Festival on Saturday, July 27th.

Make sure to catch The Vaughns at XPoNential Music Festival this July, along with Hozier, Elvis Costello, Blondie, and more. Tickets and more information at XPNFest.org.