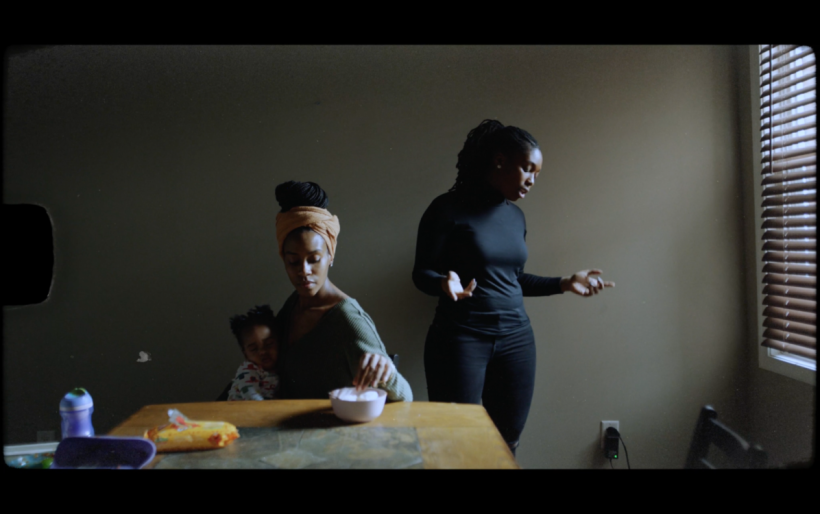 Philly rapper Ivy Sole got intensely personal on last year’s Overgrown LP, reflecting on heartbreak, personal trauma, and the deep sort of introspective thoughts you feel in early adulthood. Ivy was 25 when she wrote the opening track “Lovely Fiction,” and it is about her appreciation of mothers and motherhood, but also her anxiety about one day becoming a mother herself — as she put it in a press release, it’s about “the fears of raising a Black child in America and finding love despite that.”

The opening bars find her questioning whether she was physically and emotionally up for the task: “Could I carry a child? Would my body go the distance? / I wanna love the way mama and Ruby loved me / Help them form their first sentences, survive the police.”

For the newly-released music video for the song, Ivy Sole pans away from her own experience and presents filmed vignettes of three mother-daughter relationships. First we see her friend Auriel Dickey tenderly nursing her daughter Oma Rain. Then we see her friend Afaq, surrounded by a web of red yarn representing the generational trauma she must break through in caring for her mother. Finally, we see Kai Davis and her mother Erin, bonding over food in their Germantown home; in one shot, we see that Kai has a recipe of her mother’s tattooed on her arm.

Watch the “Lovely Fiction” video below, and also be on the lookout for Ivy Sole’s FEMMETAPE FRIDAY series, which will post a new freestyle to YouTube every week, culminating in a mixtape called THE FEMMETAPE in July. Leading up to the release, Ivy Sole is going on a run of West Coast shows; check out the tour dates below.