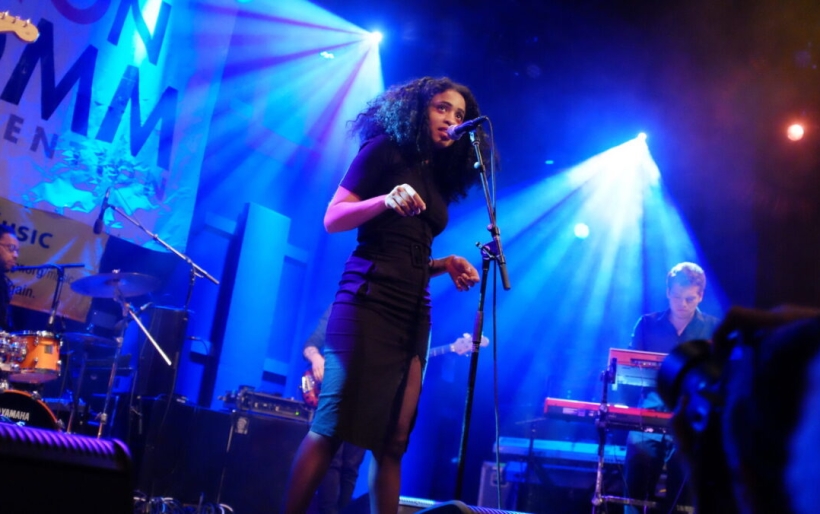 Nashville’s Adia Victoria brought her striking combination of blues, pop rock and R&B to the NPR Music Stage Wednesday evening at #NonCOMM. Her voice was smooth and enchanting as ever and her songs were structured like mainstream R&B hits, but in her most memorable moments Victoria turned away from the traditional styles of blues and soul, and turned instead toward something more macabre– like the moody trip-pop of Lorde and Billie Eilish. This darker sound, with stronger electropop influences, sets her new album, Silences, apart from her 2016 debut, Beyond the Bloodhounds.

The set began with a woozy synth bass that echoed through the hall as Victoria whispered, “Take … my heart … apart.” Soon, a shuffling drum machine, layered together in unison with an acoustic drum kit, ushered in the first verse of “The Needle’s Eye.” “Watch the shapes that shadows make, and soon enough they’ll be your friend,” she intoned. After a chorus, two saxophones rang out like tolling church bells. “I’ve been a fool, I’ve been afraid,” she continued. “I’ve been asleep, but now I’m awake.”

As Victoria introduced herself to the audience, her speaking voice was breathy and coy; I got the sense that she knew some dark secret that no one else in the room knew. “My name is Adia Victoria. This is my band. We done come all the way up from Nashville to play my blues for you.” Then, after a beat, “Lucky you.” 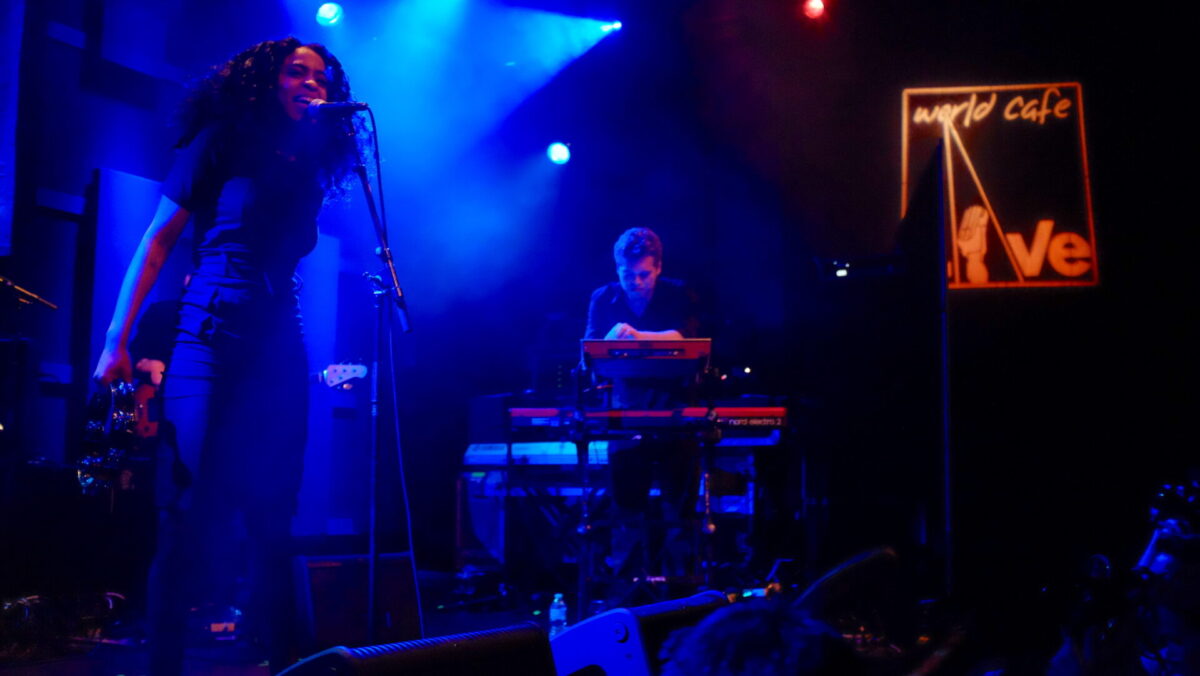 Her introduction for “Different Kind of Love” was brief and mirthless. “It’s about getting dumped,” she shrugged, without even a moment of heartache over the one who dumped her. As Victoria performed the 2019 hit, she made it clear: She has full command over her narrative. Her myth is hers alone.

Victoria’s darkest track of the night was “Bring Her Back,” also from Silences, which she called “a song for my ancestors.” “My oh my, feels like I’m alive again,” she hissed in the first verse as the band propelled her forward with church organ and trap drums.

As she introduced her final song, “Heathen,” Victoria mentioned some of the frustration she experienced as a young woman with dreams of becoming a professional performer. “My little voice would break and my knees would shake, but I had this song and I made no mistakes,” she rhymed. Victoria explained that she wrote the song “after I realized that there were two sets of rules — one for men, and one for women. When it came time to gettin’ your freak on, it was very naïve. So I wrote this song. It’s a nice little ‘screw you’ to the patriarchy. We play it tonight for every single woman in Alabama right now who’s got these men trying to make moves on their body. We say, ‘That’s bullshit.'” Victoria had aimed her criticism at Alabama’s state legislature, which recently passed a highly restrictive anti-abortion bill, and she garnered applause from the NonCOMM crowd for it. “This song is called ‘Heathen’ and it’s about giving no fucks,” she declared before counting it off.

“Leave me alone, go and leave me alone, yes baby!” Victoria chanted as the band rode the song out. She finished with a gritty chorus of improvised scatting; each syllable landed somewhere between a laugh and a snarl. Afterward, she addressed the Philadelphia crowd resolutely once more and gave a single deep bow. “Thank you, goodnight.”

Adia Victoria’s tour kicks off this Friday in Columbus, OH. Her album Silences came out in February on Atlantic Records. 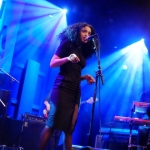