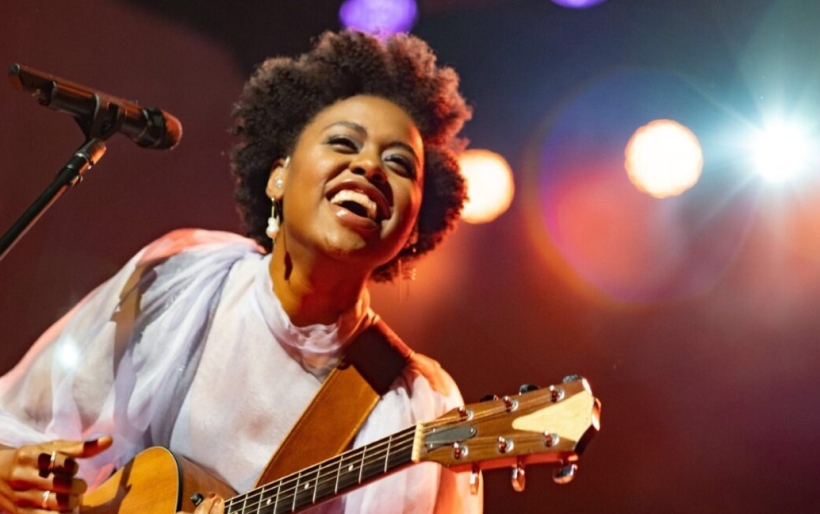 The American Civil Liberties Union has been celebrating the hundredth anniversary of its founding throughout the spring with a nationwide tour featuring presentations, performances and community activities. The tour, which the organization describes as “a multi-city exhibition on your rights and freedoms,” began in Austin in March and will visit a total of fourteen cities — it arrives in Philadelphia today.

Wednesday’s events include a 6:30 pm performance by Batalá Philadelphia, a Samba Reggae percussion band founded in 2017 as part of the Batalá Mundo project for Afro-Brazilian music and culture. Philadelphia-based poet Victor Jackson will follow with a spoken word performance.

Thursday will feature an 11:45 am performance by singer-songwriter Victory Boyd, along with a discussion of her 2018 album Broken Instrument hosted by a panel of musicians, creatives, scholars and activists working in the Philadelphia community. Boyd comes from a family of performing musicians originally from Detroit, and she spent several years busking with her family in New York before she attracted the attention of JAY-Z and signed to Roc Nation, which released her debut EP as Victory, It’s A New Dawn, in 2017.

On Thursday at 5pm, Emmanuel Nsingani and Momo Baz will perform as a duo; Nsingani, a Congolese refugee, is a singer-songwriter and multi-instrumentalist who performs jazz and gospel, as well as Congolese rumba and soukous.

In addition to performances of music and poetry, the ACLU’s events will include visual art exhibitions, a group yoga session, “Drag Queen Story Time” with Brittany Lynn, a live podcast, Q&A sessions about the ACLU’s current work, and opportunities for volunteer training. All the ACLU’s events this week will be free, family-friendly, and open to all members of the public. Find more information and a full schedule here.