Work is under way at the former North Star Bar - WXPN 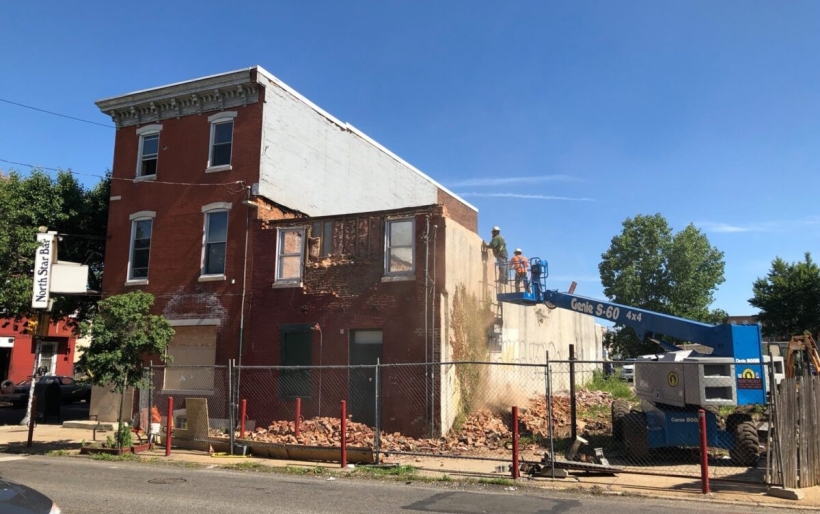 Work is under way at the former North Star Bar

Long-running Fairmount venue North Star Bar met a sad end a few years back when its music offerings were unceremoniously declared over in 2015. At the time, word was the space was going in full restaurant mode, with plans to expand its food and beer offerings, but it has sat dormant with most of the block wrapped in chain-link fence for the past three years.

Right now it appears that the building is being partially gutted; earlier today, a music-loving neighbor who wishes to remain anonymous snapped this photo of a work crew demo-ing the east half of the building, the half that formerly contained the North Star’s stage, and it’s been circulating around on social media since.

Though it is not clear right now what the future holds for the space, it seems that perhaps those aforementioned plans might be moving forward — records on the City of Philadelphia’s website indicate that the current owner (listed solely as Poplar Property LLC) was issued permits for plumbing, electrical, and fire suppression work on the building over the fall and winter.

We’ll update as we learn more. In the meantime, revisit our memories of the North Star as a music venue.