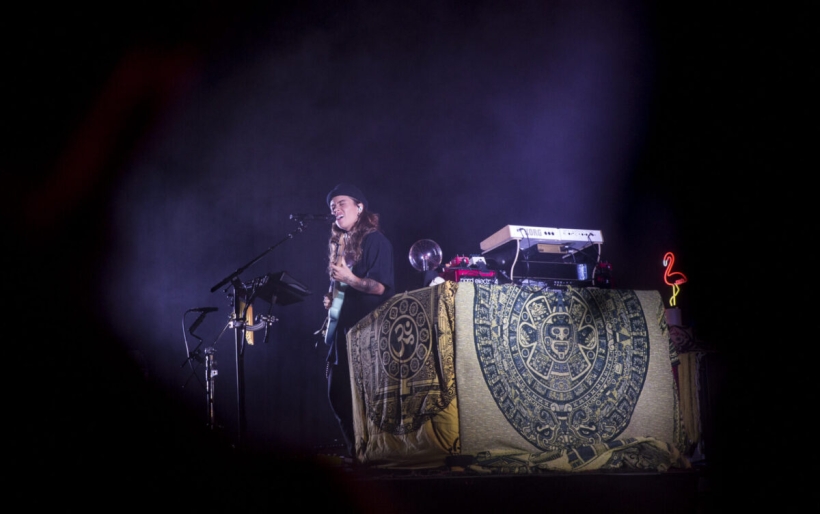 Tash Sultana lives in the moment at The Met Philly

When Tash Sultana told The Met Philly that the world “is a pretty messed up place right now,” they didn’t specify what they felt was making it that way. Sure, we could venture a guess, but last Friday night, the Melbourne singer-guitarist could have been referring to any number of things that flashed across our news feed all week. For Sultana (who is nonbinary and uses they/their pronouns) it was more crucial to focus on uniting rather than dividing — something, they observed, their gigs tend to do.

“It is so nice when you look into a crowd of people and see every single age, every single race, every single sexuality and gender,” they said. “There’s people in the world who want to tear that simplicity apart, but not in here montherfucker! Things are changing, and it’s beautiful to be a part of.”

The Met was indeed a demographic spectrum on Friday, from twentysomething queer couples swaying hand-held on the general-admission floor, to the suit-and-tie clad salt-and-pepper hair dad who was on his feet and cheering from the Grande Salle box seats. The common bond was a love for getting lost in Sultana’s world of one-person guitar wizardry: expansive, expressive musical compositions rooted in reggae, dub, R&B, jam rock, and pop.

Surrounded by neon decorations — a rainbow, a cactus, a pink flamingo — Sultana took the stage to the strains of Bob Marley’s “Is This Love,” setting up shop amid salt lamps and incense, surrounded by chimes, a trumpet, a loop station, and one of those touch-sensitive plasma globes that never did come into play but dang it looked cool. 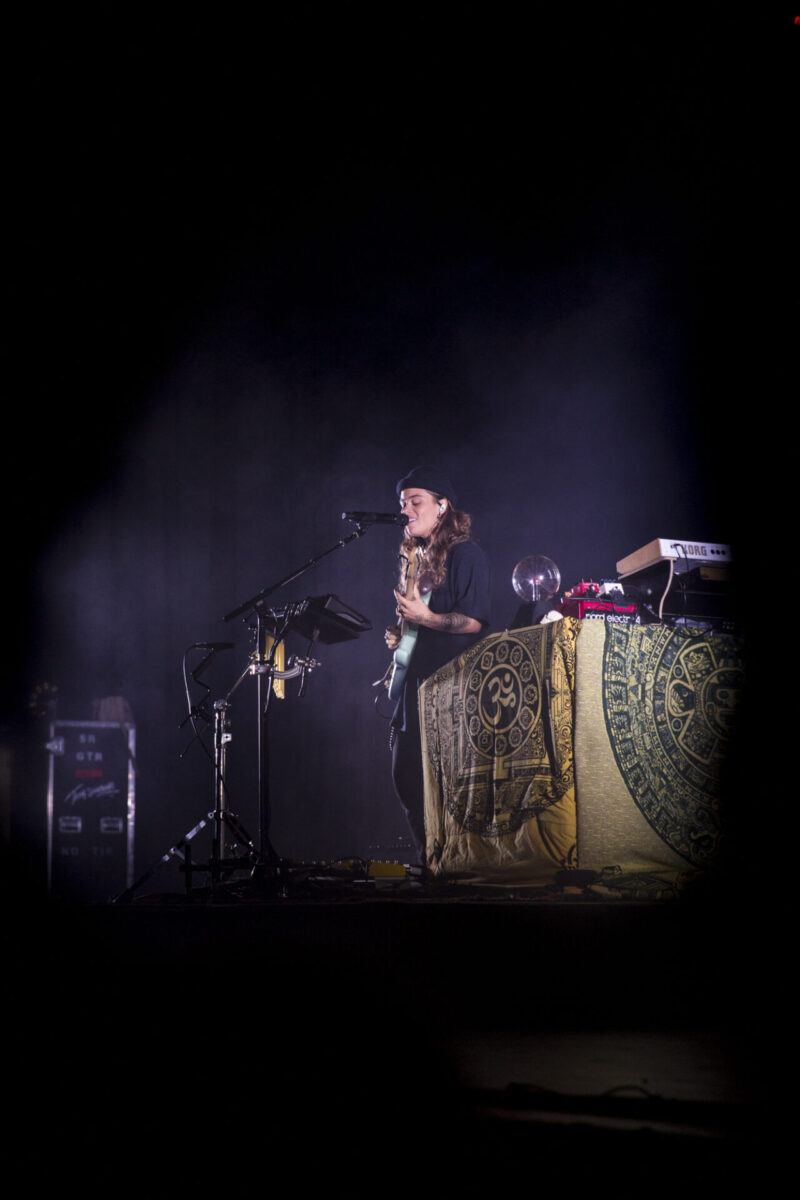 Getting the set under way, Sultana launched into “Big Smoke,” a song that set the template for the night: a circling pattern of guitar chords, strummed with an emphatic rhythm, and looped. A few lead lines sprinkled on top, also looped. A boom-bap beat on the sampler, kicking the song into full swing. Watching Sultana construct a piece of music from the ground up like this, and embellish on it for up to ten minutes, is seriously dazzling, even if it is a trick that they rely a bit heavily on — later songs like “Synergy” and their biggest hit “Jungle, which closed the main set, follow essentially the same exact template.

Of course, the difference, the singularity, the spark of each song come in the wailing guitar solos Sultana plays, the joy in their smile as they leap off the riser and run laps around the stage, the laughter when they experience a moment of human fallibility — cutting the loop for a stripped-down section, then having it land imperfectly when it comes back, or perhaps the point where they momentarily forgot the lyrics to “Notion” — and also, the sheer exhilaration in Sultana’s face when they absolutely nail a beat drop.

This was refreshing to see; when loop pedal singer-songwriters became a thing in the late 90s and early thousands, the vibe was mostly haughty artists of the Andrew Bird sort who were clearly super impressed with themselves and their creative wit, and expect everybody in the room to feel the same. There was none of that self-aggrandizement or self-importance from Sultana, just a person onstage having a blast with the sounds they created.

The best moments of Sultana’s biggest Philly show to date, though, were the ones that broke template. The mysterious “Seven” pulsated like a lost Pink Floyd cut, with deep bass beds and a soaring trumpet solo, while the heady dub of “Salvation” was punctuated by Sultana delivering a sick beatbox solo and vocals in tandem. Not to mention the stunning encore “Blackbird,” which stretched out to fifteen minutes of rapid-fire, flamenco-infused, nimble acoustic soloing that built and boiled until Sultana stopped playing and screamed into the void of the cavernous, 3500-capacity theater. Powerful.

Just over an hour into the two-hour-fifteen-minute show, Sultana put the digital gimmickry mostly to the side and focused on the yearning, heart-wrenching ballads in their repertoire: the recently-released single “Can’t Buy Happiness” brought The Met’s crowd down to a whisper, and was performed mostly unadorned. At its core, the song had a vaguely Tracy Chapman-esque purity to it, as did “Harvest Love,” the number that followed it. In between the two, Sultana got into the realm of philosophical banter, talking about how everything is temporary — our personal stressors, the aforementioned trouble in the larger world, as well as life itself.

The solution: live in the moment, and savor moments like this night. “This [making music] is the thing that makes me the happiest in the world,” Sultana said. “So thank you very much for being a part of it.”

Check out a gallery of photos from Tash Sultana’s Met Philly show on Friday, May 17th below, along with a set list and a fan video. 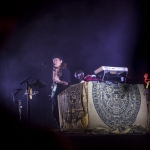