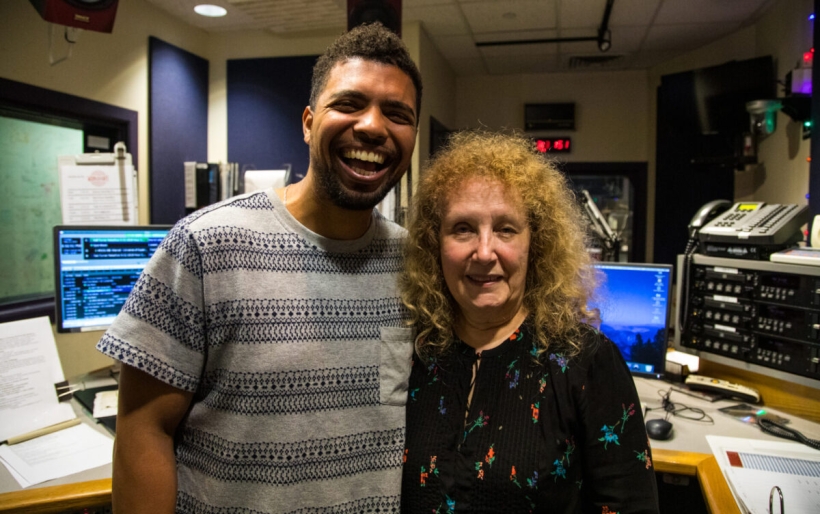 When he was in town for a smokin’ NON-COMM set earlier this month, Pennsylvania-born singer-guitarist and songwriter Devon Gilfillian caught up with Helen Leicht of the XPN Local Show to play a couple songs acoustic and chat about his journey.

Born in Morton, Pennsylvania and schooled at West Chester University, Gilfillian was immersed in a vast variety of musical influences as a child. His parents gave him classics by Stevie Wonder, Ray Charles, and The Temptations; meanwhile, he was a hip-hop fanatic, listening to Jay-Z, Kanye West, and The Clipse. Once he picked up a guitar, he dug deep into classic rock and psychedelia from luminaries like Jimi Hendrix, Allman Brothers, and Led Zeppelin.

“I was all over the place musically as I was growing up,” he says.

After he graduated from West Chester with a psychology degree, Gilfillian joined Americorps, landed in Nashville, and immersed himself in the music scene, where his longtime hobby and passion became his full-time gig. He tells Leicht about how he met his band at Nashville’s City Winery, where he worked part time, and enthused about the highly collaborative scene in Music City, both as a performer and a writer.

In addition to two acoustic performances — his new single “Get Out and Get It,” as well as “Home” from his 2016 self-titled EP — Gilfillian talks about his relationship with father Nelson Gilfillian, a percussionist and singer in local jam outfit Café Ole, and shared his ambition to get in production world, and continue collaborating.

Listen the full interview and performance below, and watch video of Devon Gilfillian playing live in XPN Studios.