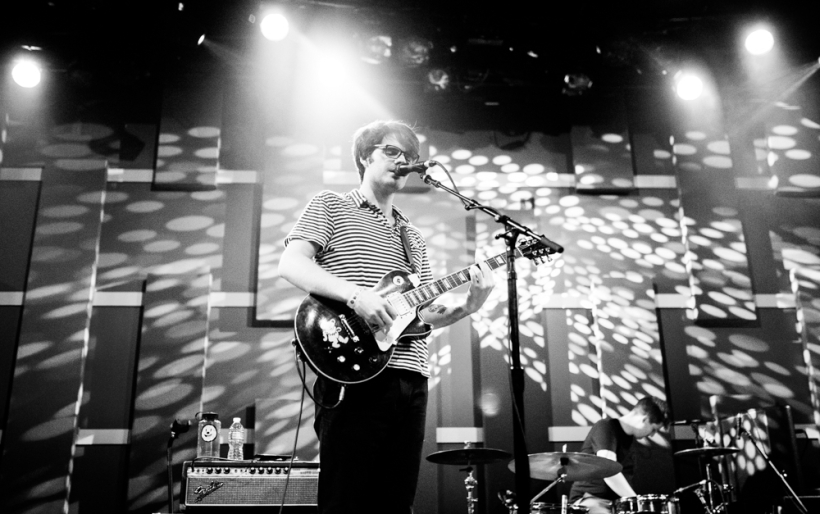 Slaughter Beach, Dog— the initially solo alternative-indie project of Modern Baseball guitarist and vocalist Jake Ewald — has announced the release of their third studio album. Safe and Also No Fear won’t be out until August 2nd, but they’ve already released the first two tracks on the LP, “One Down” and “Good Ones”.

“One Down” is musically light but dense in spirit. Ewald’s lyrics describe the monotony, anxiety, and isolation that comes with the passing of time. There’s a dull hum throughout the song and the tone of Ewald’s vocals is static on top of soft, acoustic strumming. The story of this track and the way it’s told by the band creates an eerily relatable feeling. “Good Ones” has a more upbeat vibe and a quicker tempo, but it’s lyrics are rather dark. It leaves me wondering if the other eight songs on the album will follow in the gloom of these two. Irregardless, Slaughter Beach, Dog is successful in producing a very specific mood for their listeners.

In addition to this being their third studio album, the group has also released a live album and an EP. Jake Ewald began recording under the Slaughter Beach, Dog name in 2015, and it became his full-time project two-years later when Modern Baseball began their indefinite hiatus. While Ewald played every instrument himself on 2016’s Welcome and 2017’s Birdie, Slaughter Beach, Dog is now a fully formed group which includes former Modern-Baseball bassist Ian Farmer.

Safe and Also No Fear will be available on August 2nd via Lame-O Records. Check out “One Down” below.