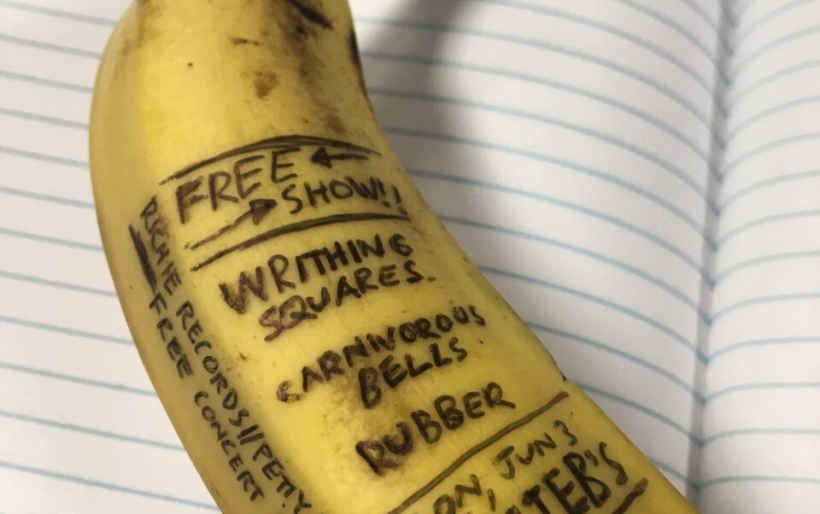 Mondays just got a lot more exciting. Starting tonight and going for the rest of the month, local independent label Richie Records is presenting a free series at Ortlieb’s of some of the most exciting and fun bands in Philadelphia. We sat down with head honcho Richie Charles to talk about the shows, what the label has been up to, and his undying love for industrial punk freaks Men’s Recovery Project and their co-founder Neil Burke, who will be playing the series as part of a duo with Bill Nace on the 17th. The Key: Where did the idea for this series come from? Have you anything similar in the past?

Richie Charles: I guess I’m just trying to fill the void left by the Kensington Picnics and the Record Exchange Block Party. My pal Kathryn [of Long Hots] did all the hard work to organize those events. It was just a blast every time and a full afternoon of great tunes and nobody had to pay to get in so nobody had an excuse to stay home. It’s been a few years since we’ve had a party like that and it seems less and less likely that type of fun can happen in my neighborhood. A few nights in bar will have a different vibe, but I still can’t think of many excuses to miss it.

I really just asked my favorite bands and artists to play, and a lot of them said yes.

TK: What are you most excited about when it comes to these shows? Do you see this as a way to introduce these bands to a potential new audience or is it more just a celebration of all things Richie Records/TestosterTunes?

RC: Just kinda wanted to do this for the hell of it. I’ve been doing the label for over ten years and we’ve never had a real proper party with all the weirdos in one room. This still won’t quite be that, but over the course of the month we’ll get to see a lot of em. I’m hoping for a good mix of committed freakers, dabblers, and the brave and the curious.

Each and every night is great stuff. All killer tunes and they’re all gonna bring it. It’ll be most satisfying to see some people who rarely make it to Philadelphia. Home Blitz hasn’t been down here in a few years, and Dan DiMaggio is among the finest cracked song writers on the planet. He’ll be getting up there solo, so his unique personality will be on full display. Also, Mordecai formed in Montana and now the guys are spread all over the Pacific Northwest. I promised them a big party and thunderous applause, so they’re all getting on planes over here to collect. Astute Palate is notable too. That’s the new band from David Nance (of Omaha) and some Philadelphia-based players. Long Hots will be playing at the end of a tour so we can all assume that they’ll be particularly fiery.

TK: What’s your Philadelphia scene report look like right now? What are you stoked on?

RC: I only know a small sliver of what happens in this town, but there’s some great stuff. Aside from all the great shit I was able to convince to play at Ortlieb’s, I got a kick out of the Zorn single, Taiwan Housing Project, Overt Hostility, Cold Hands. The Birds of Maya guys all have their own stuff. Purling Hiss, Soft Crime, and I think Ben is messing around with Aye Aye again. I believe a Philadelphia label put out the latest record from Buck Gooter, and those guys are a trip. You could probably tell me a lot about what I’m missing. [Ed. note: he’s right, West Philly label Ramp Local put out that album by the Goot. We talked to them about it in January and you can check that out here.]

TK: What releases do you have planned for the next year or so? How do you describe what you’re doing with Richie Records to people? Do you have a mission statement of some kind?

RC: I’ve started doing records under the label name Petty Bunco. There’s a new one from King Blood on Petty Bunco. Very likely that we’ll see a release from Mordecai on Petty Bunco this month. There’ll be some new stuff with the Richie Records logo in 2019 too. Nothing I’d like to announce just yet though.

And if anybody wants to offer a mission statement, I’d love to hear it. Just been proud to help get out some wild sounds over the years. TK: How did you get Neil Burke to play?! I was talking to him a year or so ago and he sounded kinda ambivalent about performing so I’m super excited to see him on one of the shows, especially in a duo with Bill Nace. That’s going to be great.

RC: Neil is the best. I was a big Men’s Recovery Project fan as a young guy, and my pea brain is still reeling from what I witnessed when they played the Astrocade. At some point I found out that Neil had been living a few blocks from me, and I made it my business to meet him. He’s become a great friend and he’s been printing all my t-shirts and a lot of record covers for the past 8 years I guess. Anyway I just invited him to play and told him that he has to play and that I’d accept no excuses. I understand he has a new guitar and we’ll get to see him abuse it alongside the hero Bill Nace.