Whitney is back with a beautiful LP 2 teaser - WXPN 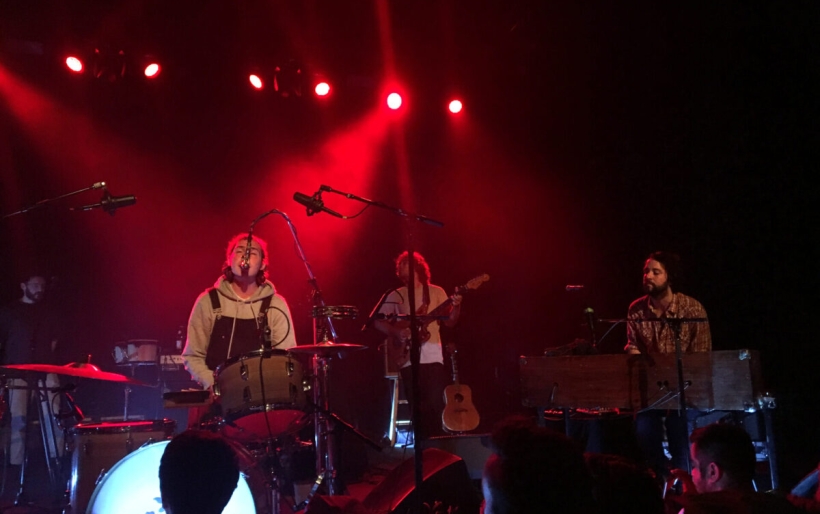 Whitney is back with a beautiful LP 2 teaser

After three long years, Whitney has finally given us a taste of their second album — and what a lovely early week surprise it was. The band released “FTA” Monday morning and a music video to go along with it. The track is their first release since their single, “You’ve Got a Woman,” and their cover of Dolly Parton’s “Gonna Hurry (As Slow as I Can),” both from 2017. They first made their debut with Light Upon the Lake in 2016.

“FTA” falls perfectly in line with the sound that Whitney introduced us to in their first LP. Most of the track is purely instrumental, almost like a slower and gentler “Red Moon”. The song consists of delicate slide guitar and tasty horn and string melodies. There’s only 30 seconds of Julien Ehrlich’s vocals towards the end. The video is artistically woodsy shots surrounding footage of Whitney in the studio.

The meaning behind “FTA” has yet to be revealed. However, a few hours after the video was released, Whitney themselves tweeted that it’s a reworking of the last track of their new album. They also wrote, “Lead single coming later this week.” I don’t know about you, but my week just got a whole lot better.

Whitney will be bringing their new tunes to Philly at Union Transfer on September 27th. For more info and tickets, click here. Keep an ear out for their next single and check out “FTA” below.