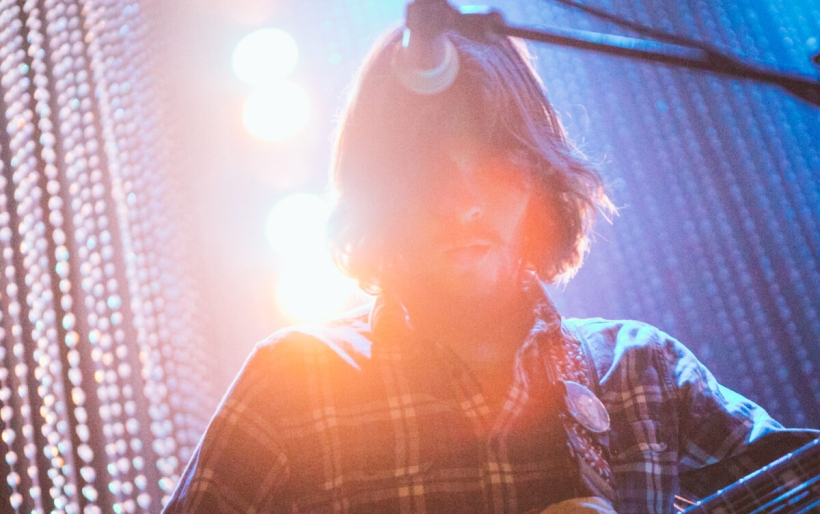 Pat Cassidy, the guitarist for Philly rock group The Districts, has branched off from the group before. In February 2017 he released two tracks, “Daybreak” and “Misunderstood”, in an effort to raise funds for the International Refugee Assistance Project. These tracks, released under Cassidy’s Sweet Vermilion moniker, are soft and acoustic affairs; far removed from the alt-rock of The Districts. His latest release, “Mid Life Elation”, while still more subdued than the band’s output, is a glimmering testament to Cassidy’s potential as a solo artist.

Released under his real name, the single feels more fully developed than his previous solo tracks. It starts slow and melancholy, but about halfway through it grows into something much more grand. The drums get louder, synths whine, and drones appear. All this paired with Cassidy’s soft, but not timid, voice makes for an enchanting listen. Of course guitar is present too, though Cassidy gets the spotlight here, not his instrument. With “Mid Life Elation,” Cassidy distinguishes himself as a creative voice among his bandmates and further proves that The Districts are something Philly should be very proud of.

Cassidy has yet to announce if this track is part of a larger project or if he will be performing it any time soon. He has however shared that The Districts are in the process of mixing their next record. Hopefully that means that we can expect it to arrive soon. Prepare yourselves accordingly, and listen to “Mid Life Elation” below.