My Wave: Watch Soundgarden perform at Bethlehem's Stabler Arena in June of 1994 - WXPN 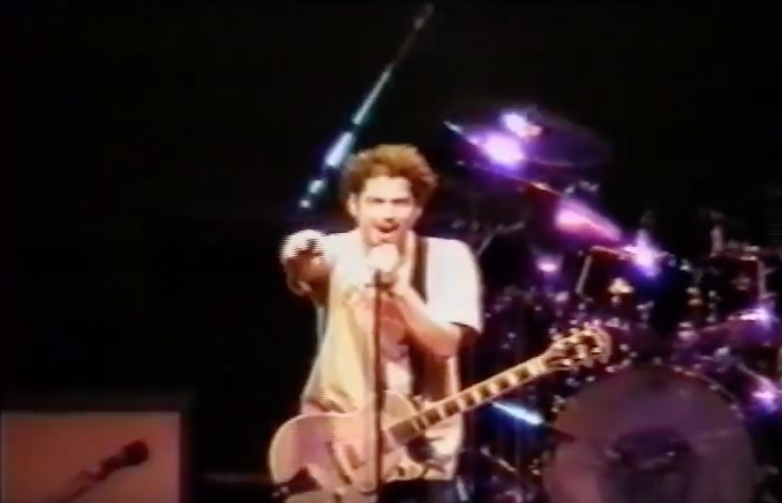 My Wave: Watch Soundgarden perform at Bethlehem’s Stabler Arena in June of 1994

*This article originally published on June 24, 2019

As with many artists whose roots lie in underground culture and grow to reach the masses, you can essentially divide Soundgarden‘s career into two halves: pre-“Black Hole Sun” and post.

That’s not to say that the Seattle rock icons didn’t have a robust discography and a dedicated fan base prior to the spring 1994 release of their fourth LP, Superunknown. They’d been a band for ten years; they’d been a major label band for half of that time, following the jump to A&M on 1989’s Louder than Love. They had passionate followers and a rep for a killer live show. What they didn’t have was a song, or songs, that cut through the frenzied noise of MTV and alternative radio.

Even though 1991’s Badmotorfinger boasted classics like “Outshined” (which peaked at 45 on the Billboard rock charts) and “Rusty Cage” (re-popularized in a Johnny Cash cover two years later), the album had the misfortune of being released on the same day as Nirvana’s Nevermind and performing not exactly as well. It was embraced by critics, and the industry to a degree, but it didn’t have a “Smells Like Teen Spirit” propelling it, and nobody quite knew how to categorize these four hairy dudes from the Pacific Northwest; the following year at the Grammy awards, they were confusingly nominated for “Best Metal Performance.”

Three years later, Soundgarden finally did connect in that bigger way. MTV and alt-rock were bigger than ever, and the band’s flirtation with heavy psychedelia on Superunknown made their sound incredibly alluring, as well as a bit less intimidating. “Black Hole Sun” dropped as a single in May of that year, and was the third to get the push from the record that had been out since March. Thanks to a dreamy slide guitar lead by Kim Thayil, a hammering hook, and a super weird, apocalyptic music video that was equal parts funny and disturbing, the song was beloved in the alternative world, and pushed the band well beyond it as well, into the collective consciousness of casual listeners and heads alike. “Black Hole Sun” was Soundgarden’s first number one on the Billboard Rock Charts, but was a slow burn over the course of five months.

When Soundgarden played Bethlehem, Pennsylvania’s Stabler Arena on June 24th, 1994, their wave was just beginning to hit its crest. The song was already in heavy rotation, listeners who were turned on to it realized how rich the album was; funky jams like “Spoonman” sat alongside burning ballads like “Fell On Black Days,” while cathartic anthems like “The Day I Tried To Live” mixed it up with ragers (“Let Me Drown”), weird-outs (“Head Down”) and pop songs alike (“My Wave”). For a 70-minute album, it never got boring, and rewarded repeat listens.

In this video of the Bethlehem show, ripped on YouTube from a VHS bootleg, the band is confident and commanding, with the late Chris Cornell’s voice soaring from the stage as he works the packed house like somebody who’s been working up to this moment for his entire adult life. It might be a fuzzy audience recording, but there’s no mistaking how on point Thayil guitar playing is, and the rhythm section of Matt Cameron on drums and Ben Shepherd on bass keep the set moving at a brisk pulse. Twelve of Superunknown‘s 15 songs make it into the set — the omissions being “Limo Wreck,” “Fresh Tendrils,” and “4th of July” — the band spent the rest of the nearly two-hour gig revisiting Superunknown and throwing it back to Louder than Love on “I Awake” and the show-closing “Hands All Over.”

This show essentially captures that moment as Soundgarden is moving from the one side of their career to the other, and the post-“Black Hole Sun” era would see greater glory with more number ones (“Burden In My Hand” and “Blow Up The Outside World” from Down On The Upside) and further acclaim, as well as the discord of the band’s breakup and tragedy of Cornell’s passing two years ago. But for this moment, Soundgarden was in their stride, embracing the bold oddities of their best record while keeping true to their roots and playing to the dedicated fans who got them to that point.

Encore:
Head Down
Hands All Over