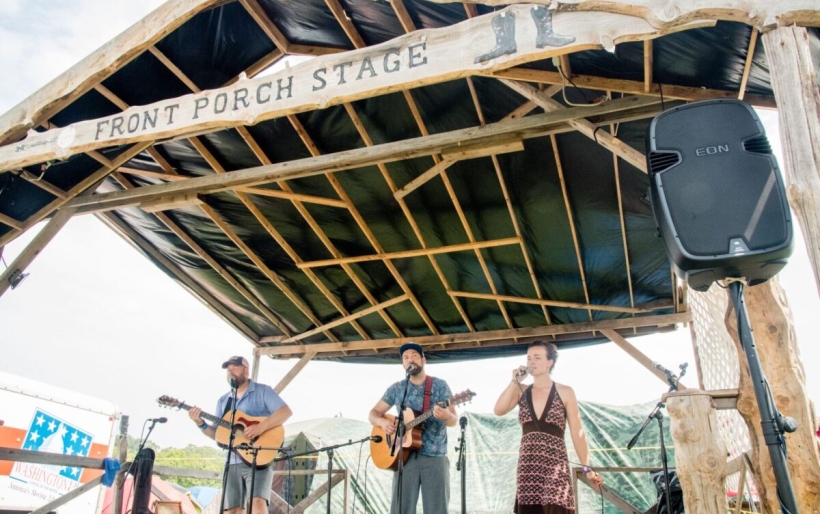 As the 58th annual Philadelphia Folk Festival grows nearer, the lineup continues to expand as side stage showcases, workshops, and other features are rolled out. These artists join previously-announced headliners David Crosby, Margo Price, and more.

Helen Leicht will not be the only face from XPN. If you are bringing kids to the festival, make sure to visit Dulcimer Grove on Sunday afternoon, where Kathy O’Connell from Kids Corner presents a performance by The Oot n’ Oots.

As for new additions to the festival, there are a few local highlights. Dan Blacksberg will be at the festival performing in a new project, Dan Blacksberg’s Freilachs Music. For those that may not know, “freilache” is a Yiddish term meaning merry, which certainly applies to the traditional klezmer music the trombonist will be playing.

Michael Braunfeld and The Boneyard Hounds is another group that is not to be missed. Michael Braunfeld is a seasoned folk artist, having performed in festivals since he was a teenager (read The Key’s interview with him here). He will be joined by band members Tommy Geddes on percussion, Nate Gonzalez on keyboard and guitar, Kyle Swartzwelder on bass, and Tom Hampton on lap steel, dobro, mandolin, and guitar.

Despite the name, The Philadelphia Folk Festival is not just for folk artists. Jazz-tinged singer-songwriter Nina de Vitry will be joining the lineup. The Lancaster singer has received some recent accolades for her skill, most notably being a two-time finalist in the John Lennon International Songwriting Contest. Her vocals are soothing and melodic.

The festival’s annual Philly Music Co-Op announced its lineup as well, featuring 32 artists performing round-the-clock over three days at various locations, from the Front Porch Stage in the festival campground to the main stage. Among those performing are Driftwood Soldier, Emily Drinker, Meghan Carey, Rachel Andie and the Fifth Element, and Stella Ruze. you can check out a full list below. Other artists added to the lineup include Andy Hedges, Brooks Long, Brother Oliver, Christen B, Dave Fry, Dennis Hangey, Emerald Rae, and many more. For a full look at the updated lineup and other concert information, be sure to check out the festival’s website.