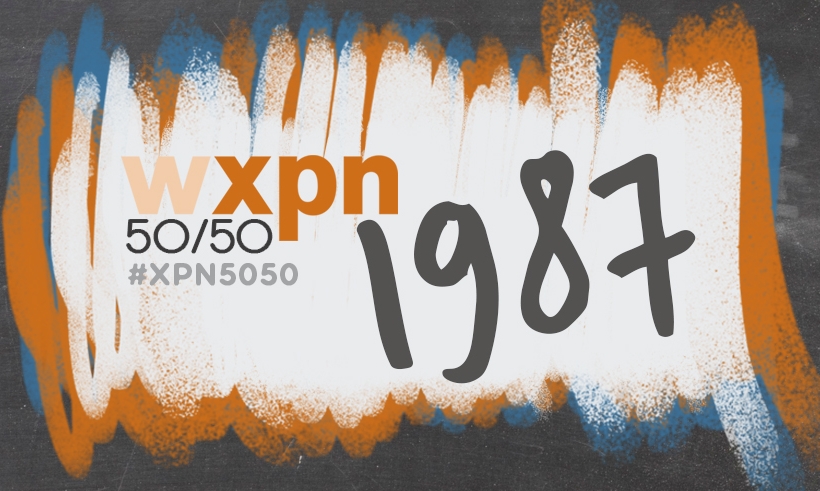 For fifty weeks this year, we’re celebrating the music of a specific year every Saturday on WXPN. We’ll be choosing the years randomly; for this week’s #XPN5050, Robert Drake is putting the musical spotlight on the year 1987.

32 years ago, U2 reached new heights with The Joshua Tree, Sinéad O’Connor made her debut with The Lion and The Cobra, Bruce Springsteen got sentimental on Tunnel of Love, INXS made the world Kick, Eric B. and Rakim arrived with Paid In Full, and R.E.M. declared that it was the end of the world as we know it (and they felt fine).

In addition to the music that had us captivated in 1987, there was a lot that had us tuned in to the television, from the college-centered Cosby Show offshoot A Different World to the teen cop drama 21 Jump Street and visual icon Max Headroom.

On the big screen, it was a year of classics — action-adventure from the cop buddy flick Lethal Weapon, playful horror from The Lost Boys, and thrilling sci-fi in Robocop; high drama in Full Metal Jacket, Empire of the Sun, and Wall Street; fast-paced comedy in Adventures in Babysitting, Beverly Hills Cop II, and Dragnet; and a mix of all of those things in Rob Reiner’s dashing storybook romance The Princess Bride.

Below, listen to a playlist of music from 1987.