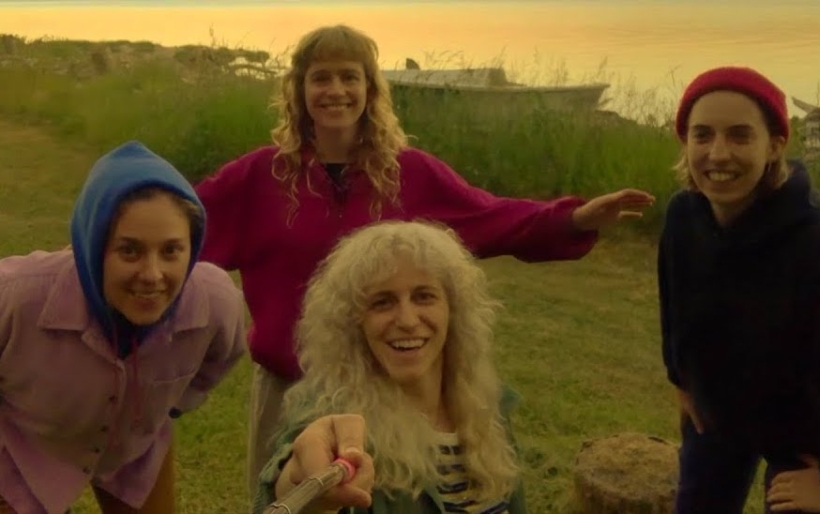 Usually when a band goes on hiatus it signals that something bad is on the horizon. Luckily, that wasn’t the case for Chastity Belt. The Seattle quartet took a bit of a break from each other in 2018, worked on some different projects, but then got back together. Upon reuniting, the band got right back to work. Produced alongside indie pop phenom, Jay Som, Chastity Belt is due September 20 via Hardly Art.

“Ann’s Jam”, the album’s first single, also serves as its opening track. It is a somber, guitar-led rumination on nostalgia. It is a swirling and hazy ode to friendship. On their own, Julia Shapiro’s vocals would make the song sound lonely, but with the rest of the band around them, the song feels warm and strong.

Accompanying the song is a self-shot music video. It sees the women of Chastity Belt living their best life as friends. They hike, dance, swim, play leap frog, and more. It’s an adorable peek into their relationship and an endearing way to introduce this next Chastity Belt chapter.

Chastity Belt will play First Unitarian Church on Thursday, November 14. Find tickets and more information on the XPN Concert Calendar. Check out the video for “Ann’s Jam” below.