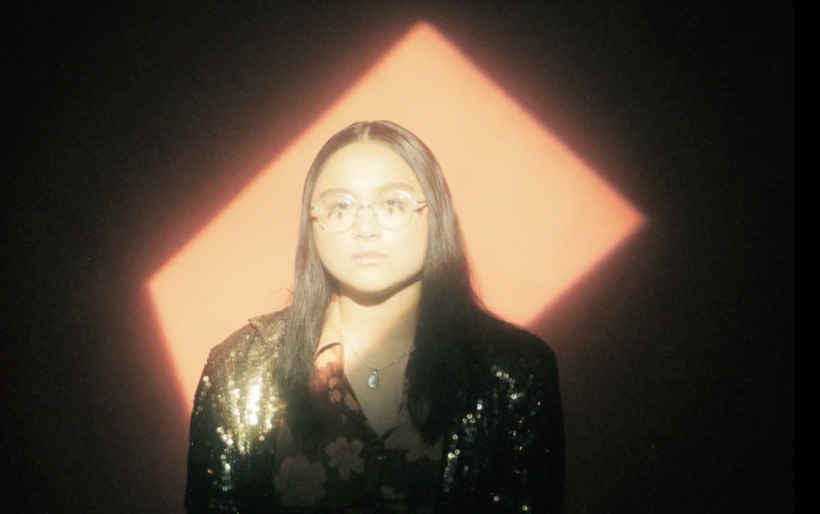 Social media is a tough thing to navigate. It gets even more complicated when you add crushes and relationships to the equation. On her latest single, Oakland indie pop star Jay Som, explores the muddiness of love in the digital age. “Tenderness” is the second taste of Jay Som’s upcoming album Anak Ko. The song and its accompanying video reflect the haziness of social media as well as the brightness of budding romance.

“Tenderness” is Jay Som’s funkiest and sweatiest song yet. It starts quietly with steady drums and Melina Duterte’s delicate vocals. By the time the first chorus hits, the production has expanded and everything starts to feel brighter. Duterte’s voice seems to float between guitar strums and bass licks. The song is dizzying, not unlike how social media can often feel.

On the song and its exploration of social media Duterte said:

“I have a weird relationship to social media and how people perceive me—as this person that has a platform, as a solo artist, and this marginalized person. That was really getting to me. I wanted to express those emotions, but I felt stifled. I feel like a lot of the themes of the songs stemmed from bottled up emotions, frustration with yourself, and acceptance.”

Anak Ko is Jay Som’s first record since 2017’s Everybody Works. The album boasts contributions from Vagabon, Annie Truscott of Chastity Belt, Taylor Vick of Boy Scouts, and more. It is set to be released on August 23 via Polyvinyl Records. Jay Som has already shared the dreamy “Superbike” off of the album.

Jay Som will play The Foundry on Tuesday, October 29 with Boy Scouts and Gia Margaret. Find tickets and more information on the XPN Concert Calendar.

Watch the video for “Tenderness” below.