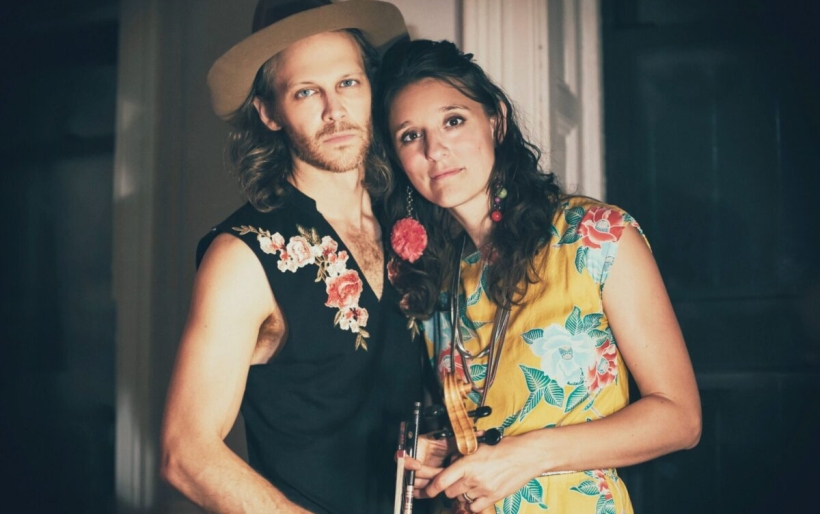 Popular folk duo David Wax Museum recently announced that they will release their next LP Line of Light on August 23rd. The LP will be the seventh by the duo of David Wax and Suz Slezak, and it features production and guitar playing by Carl Broemel of My Morning Jacket, as well as bass playing by Tom Blankenship, also from My Morning Jacket.

David Wax Museum released a short video teaser featuring clips of the musicians discussing their work on the album. Slezak mentions their focus on “trying to persevere through really dark internal and external times.” The duo also released the single “Uncover The Gold” from Line of Light, a song they describe as a response to violent protests that occurred in their hometown of Charlottesville, VA one year ago.

“White nationalists gathered in our hometown of Charlottesville in August of 2018,” they explain. “We, along with everyone else in our community, have been struggling to process the hate rally and the anti-Semitic chants we heard in our otherwise quiet, progressive college town. I’ve seen our community radicalize in positive ways and strengthen as a result of this terrible event and wanted to write a song that reflected on how an awful situation can reveal something beautiful. I wrote this song for our children as a reminder that light can come out of darkness and as a prayer for a world with less strife and ugliness.”

David Wax Museum will tour the US throughout the rest of 2019; they will play Lancaster’s Tellus360 on October 24th and Philadelphia’s Johnny Brenda’s on December 27th. Line of Light comes out August 23rd.