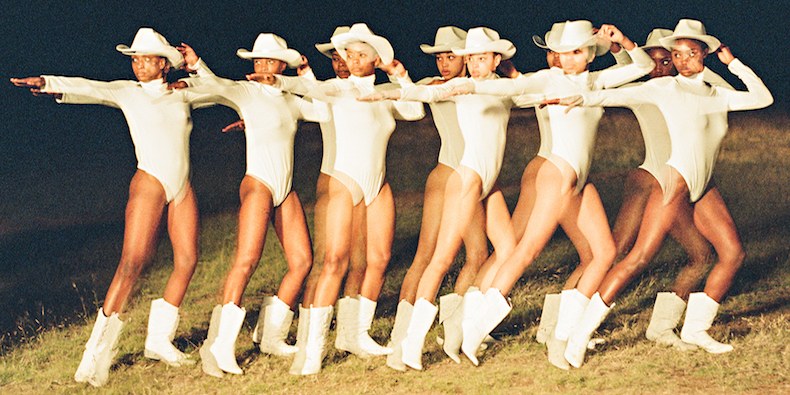 Solange’s When I Get Home film | still from video

The upcoming BlackStar Film Festival has expanded its previously announced lineup to include a screening of Solange Knowles’ When I Get Home during its closing night on August 4. The short film features music from Solange’s album by the same name and is currently available on Apple Music. BlackStar will screen an extended director’s cut of the film, featuring new scenes and musical arrangements.

BlackStar director Maori Holmes says, “I continue to be impressed with Solange’s multi-disciplinary artistic practice in its unapologetic commitment to a radical black aesthetic. She is a force, imbued by both reverence to her creative ancestors and a futuristic swagger. I am excited that she has chosen BlackStar for her festival debut; When I Get Home takes on a much more layered meaning!”

In a press release, Solange shares the following about When I Get Home:

“When I was younger I would fear what the people called the Holy Spirit and what it would do to the men and women around me. I never wanted it to catch me, and was terrified on how it might transform me if it did! Much of this film is a surrendering to that fear. After a really tough health year and the loss of the body that I once knew, the film is an invitation for that same spirit to manifest through me and the work I want to continue to create.”

In addition to When I Get Home, the BlackStar closing night lineup includes two other films — first up is the Kamasi Washington-directed As Told To G/D Thyself, which is described as “The cosmic journey of sacred youth, during which pain, pleasure, and sublimation are nonnegotiable,” followed by a screening of Black To Techno, a documentary exploring the anthropological, socio-economical, and geopolitical roots of techno music, from its origins in Detroit to the fall of the Berlin Wall.

“When I Get Home “ a Texas Film
out 4pm PT/7pm ET on @applemusic 🖤 pic.twitter.com/CajlbeBIir