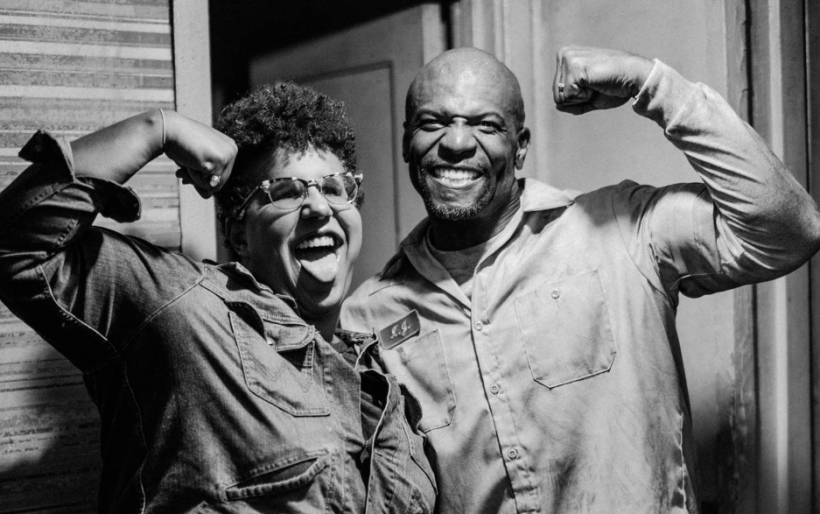 What do you do when you get an email from Brittany Howard asking you to be in her next music video? You obviously say yes. That’s exactly what Brooklyn Nine-Nine star, Terry Crews did. According to a press release, the Alabama Shakes frontwoman emailed Cruz asking him to be a part of the video for “Stay High” and explained how the song is about her beloved father.

Howard offered to film the video in Los Angeles so it could be convenient for Crews, but he insisted it be filmed in Athens, Alabama, Howard’s hometown. The resulting video, directed by Kim Gehrig, is tender, endearing, and the perfect sample of Howard’s upcoming album.

“Stay High” follows “History Repeats” and is our second taste of Jaime, Howard’s new solo album. The song is upbeat and light. Howard’s voice sounds as triumphant as ever as she sings about how special her father was. In the video, Howard pops up to sing along as Crews’ character heads home from work. Each time she appears she dons a big smile, driving home how much joy her father brought her and her family. Crews does not play Howard’s dad, but his character is meant to mirror some of his qualities.

On Crews’ character in the video Howard said:

“Terry Crews plays a man who isn’t out to change the world, he plays a man who just wants to come home to those who understand and love him best. We see his inner beauty, grace and humanity in a place that is so often misunderstood.”

To celebrate Jaime, Howard will be heading out on tour this fall. She will play The Fillmore on Friday, September 27. With the album coming out just a week before, on September 20, you’re going to have to listen on repeat in order to be ready for the show. Going off how wonderful the singles have been, that shouldn’t be too difficult. Find tickets and more information for Howard’s show at The Filmore on the XPN Concert Calendar.

Watch the video for “Stay High” below.