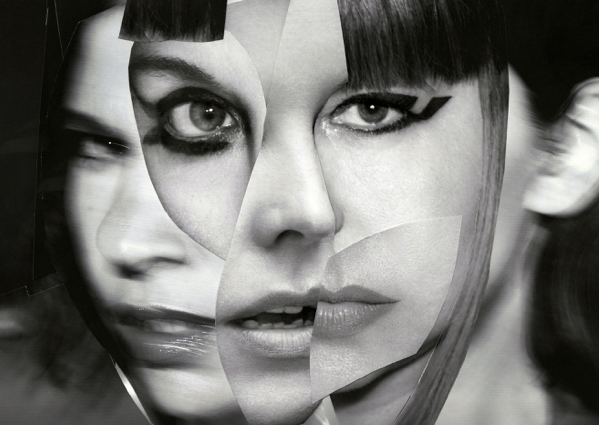 Earlier this month the world of Sleater-Kinney fans was rocked, and not in a good way. Janet Weiss, the band’s drummer, announced that she would be leaving. Since then, remaining members Corin Tucker and Carrie Brownstein have continued promoting their upcoming album The Center Won’t Hold. They have shown no signs of letting Weiss’ departure slow them down. Now, the band has shared the album’s title, and coincidentally opening, track.

This latest single, which follows “Hurry On Home” and “The Future Is Here”, gives fans another glimpse into the band’s headspace when they made the album. “The Center Won’t Hold” is a dark and dramatic introduction to the album. It starts slowly and eventually explodes into a thunderous rock song. Like much of the album, “The Center Won’t Hold” sees Sleater-Kinney attempting to reckon with the current political climate. Based on what we’ve already heard, the album, produced by St. Vincent’s Annie Clack, is bound to be a furious and dynamic one.

In a press release, Corin Tucker explains the personal and political elements of the song:

“’The Center Won’t Hold’ drops you into the world of catastrophe that touches on the election. And almost like a mission statement, at the end of that song, it’s like the band is finding its way out of that space by becoming a rock band.

Yesterday, in response to an Instagram comment asking why the band had not made any further comments on Weiss’ departure, Carrie Brownstein said the following:

“what am I supposed to say? She left. We asked her to stay. We tried. It’s hard and sad. Most people would ask me, “hey are you ok?” That’s the human response. She’s left us with a job to do, a job we also expected and wanted her to be a part of. Her playing on this record is amazing and she’s raved about this album to us and to Annie. But we have to keep looking to the future. Things change, even when those changes are hard and unexpected. Four amazing women worked on this record and we are going to honor that work. So, what’s up? The usual…Women picking up the pieces when someone quits, because we have to and we want to. We‘re going to keep going because we believe in ourselves and it‘s a privilege to get to play music for people. It‘s a new chapter. And all artistic entities have many chapters, if they‘re lucky. Either the music will resonate or it won’t.”

In support of The Center Won’t Hold, Sleater-Kinney, sans Weiss, will be heading out on tour this fall. They will play Philly at The Filmore on Sunday, October 27th. Find tickets and more information on the XPN Concert Calendar.

Listen to The Center Won’t Hold‘s title track below. The full album will be out August 16th via Mom + Pop.