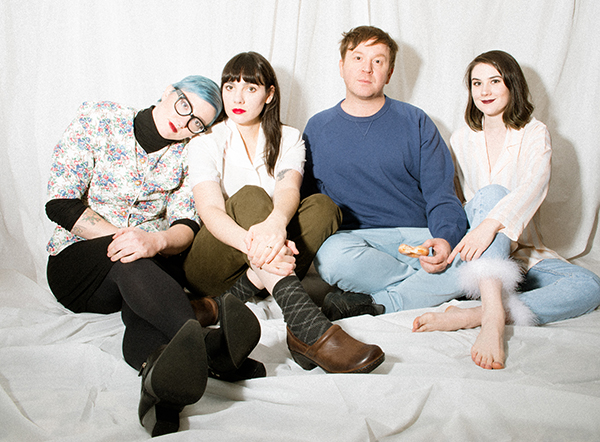 Field Mouse | photo by Katie Krulock | courtesy of the artist

Field Mouse recently announced their new album Meaning, which will be released August 16 via Topshelf Records. Following the lead single “Heart of Gold” is the lush and dreamy “In Blue,” which frontwoman Rachel Browne dedicates to her sister. Amid warm synths and shimmering tambourine, Browne delivers hope and optimism, singing “We stay alive, to see the planets realign a second time.”

Browne shared in a press release:

“This song is one of the most personal on the record, but it deals with bigger, more universal themes as well. It was essentially written for my sister Robin, with parts of it from her perspective and parts from mine. [Our last record] Episodic was largely written during and after her cancer diagnosis and treatment, but those songs dealt with my feelings and anxieties more than anything. Robin has been cancer free for three and a half years, and I wanted to really write a song for her, inviting her back into a place of calm in a world that can be beautiful. It recognizes the things that are out of our control but asks her (and all of us) to let go of the worry and focus on the things that bring us joy.”