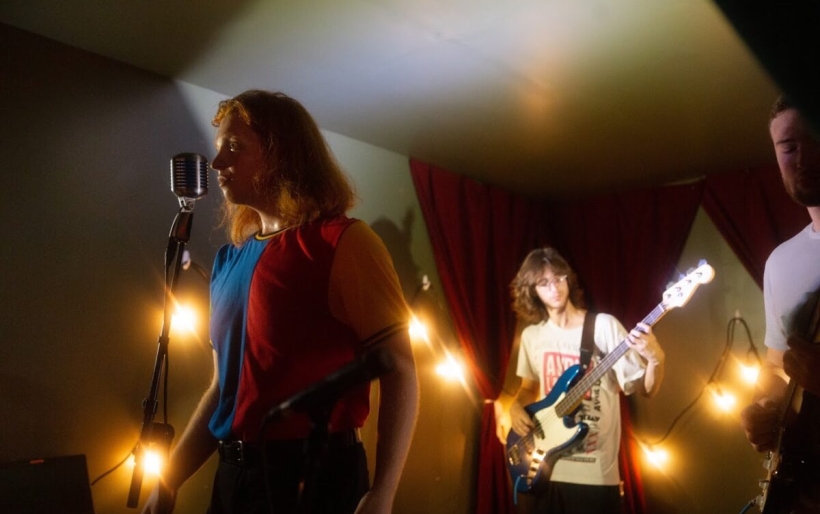 Rubber are a duo currently signed to Temple University’s Bell Tower Records. Made up of Andrew Loper and John Della Franco, their sound can be described as an amalgamation of R&B, soul, and jazz, yet influenced by the anthemic nature of pop music. Working towards releasing two EP’s, the group has just released their second single, “Won’t Come Back,” which features vocal contributions from various other Philly artists and acts. In celebration of their achievement, Rubber invited some friends to South Street and put on a fantastic show last Friday at Tokio Headhouse. As with many summer days, the temperature was not cooperating, but luckily everyone was able to brave the heat and enjoy the night.

The first opener to take the stage was Devon O’Connor, who performs professionally as Devon. Based in New York, she is currently working at a record label while pursuing her career. Armed with just an acoustic guitar, Devon instantly set the vibe of the night with her fun, Colbie Caillat-inspired singer-songwriter tunes. Never letting go of her wide-eyed smile, Devon sang a variety of tunes from various releases, such as “Heart” from 2017’s What If I and “I Bet You’d Like Me Better At Coachella,” from her brand new album “Songs From the Back of a Bar.” During “Free Love,” she welcomed friend and dancer Genna Hartnett on stage to perform a dance while Devon let loose herself. Fellow guitarist Christian Orellana held down the groove on his acoustic. In between songs, Devon was funny and energetic, and always expressed her gratitude to the crowd, who happened to include many friends and family. Staying true to herself and her experiences, one of the most memorable songs she sang was one called “Clothes Off,” dedicated to an experience she had regarding an upcoming artist on her record label. Her lyrics, direct and highly personal, and combined with her eccentricity, bubbly and beaming, never seemed to leave the stage even after she walked off. Next up was Mariah Del Rio, an actress and singer originally from Utah. A musical theater graduate of University of the Arts, she has collaborated with many other Philly acts, most notably on her joint project with Logan Roth of experimental jazz group Trap Rabbit, titled L+M. Her short set was strong and showcased her vocal ability wonderfully. Similar to Devon, Del Rio was eager to express her true authentic self through the original songs, some of which the world hadn’t heard yet. Being honest, she expressed that sometimes, she just likes to sit down and write about anything, which leads to a hilarious tune with a chorus that went “old people eating makes me cry.” This elicited many laughs from the growing crowd, who appreciated the tune. Lastly, she ended with “You’ll Float Too” from L+M, a moody story that evoked a roar of applause as she finished. The next performer was Lucas Geniza, better known under his artist name Lukey. An independent singer, producer, and instrumentalist, Lukey currently attends at Temple University. Inspired by Frank Ocean and Daniel Caesar, he takes the soulful sound of his influences and transforms it into his own unique blend. Lukey has just released his first project, Spirit, which sets out to address mental health, cultural identity and duality. Joined by friends Zach Raphael, Matt Ryan, and Nick Kruse, the quartet did an excellent job at bringing the night’s energy a step up. Dripping in swag and confidence, Lukey sang his heart out over his tunes “Starman” and “Acura,” encouraging everyone to dance and come closer. Lukey’s feel-good vocal delivery was unmatched, giving everyone in the room a smile the whole time. Ryan, Raphael, and Kruse were able to keep in sync extremely well and provide superb backing instrumentation for Lukey. Ending with “Peachsun,” the four rocked out and had the now-considerably sized crowd cheering for more. Humbled, Lukey expressed his gratitude while everyone was getting ready for the final performance of the night. Finally, the time had come for Rubber to perform. As soon as the boys hit the stage, it was clear that they were ready. Having performed at venues such as Creep Records, Bourbon & Branch, and WRTI Studios in the past, it was clear that this would be another smooth full of energy. Without hesitation, Loper introduced the band and got right into it. They began with “Think Fast,” one of their unreleased tunes that will be on their forthcoming EP. It was a fast-paced song to begin with, bringing the energy in the room up with Loper’s intricate high notes and Della Franco’s funky bass licks. Next, the group went into their first single, “Control,” a tune about tackling anxiety and gaining confidence from it. Oozing with sweat, the guys showed no sign of letting up. One of the staples of a special live performance is a good cover, and Rubber was sure to deliver with a frequent favorite: their soulful rendition of OutKast’s “Hey Ya.” Improvising over the original, Loper’s fast, whimsical vocal runs prompted even more roars from the crowd, now spanning from the front to the back of the room. These guys were seriously untouchable; it was clear that they knew each tune front to back and were able to perform them flawlessly while still personalizing them for that night. 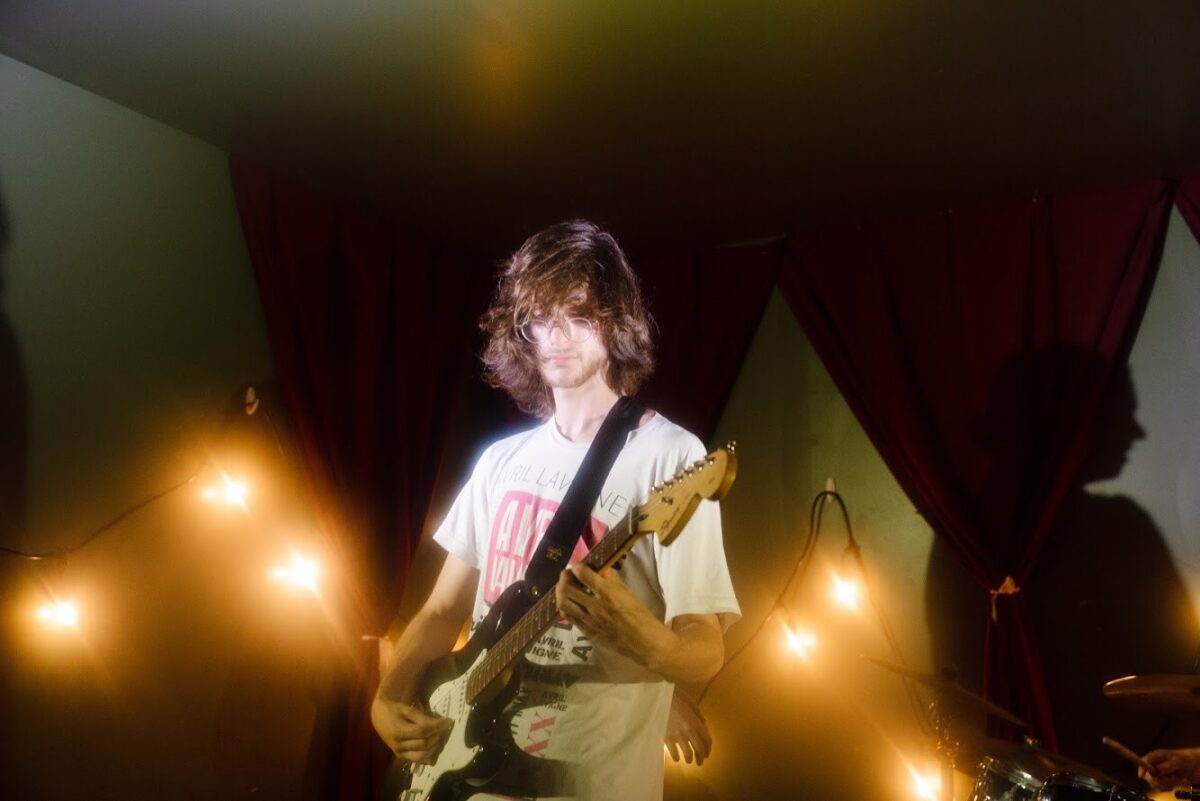 When it was time to perform their closer, of course they chose their newest edition, “Won’t Come Back.” Loper expressed his gratitude towards the fans, who have been supporting them heavily for months now as they perform all throughout the region. The studio version of the song features vocals from Philly rap group 4vr, rapper Regothereshego, and Del Rio herself. Rubber’s live rendition still held up and featured slick bass riffs from Della Franco. Of course, the guys were strongly encouraged to do one more, and that they did. They played out a cover of Jessie J’s “Do It Like A Dude.” Andrew expressed his opinions on gender, calling it “silly” and “something people worry about too much,” while perfectly matching J’s signature vibrato. A wave of claps and laughs ensued as the band finally strutted off the stage to end the night. 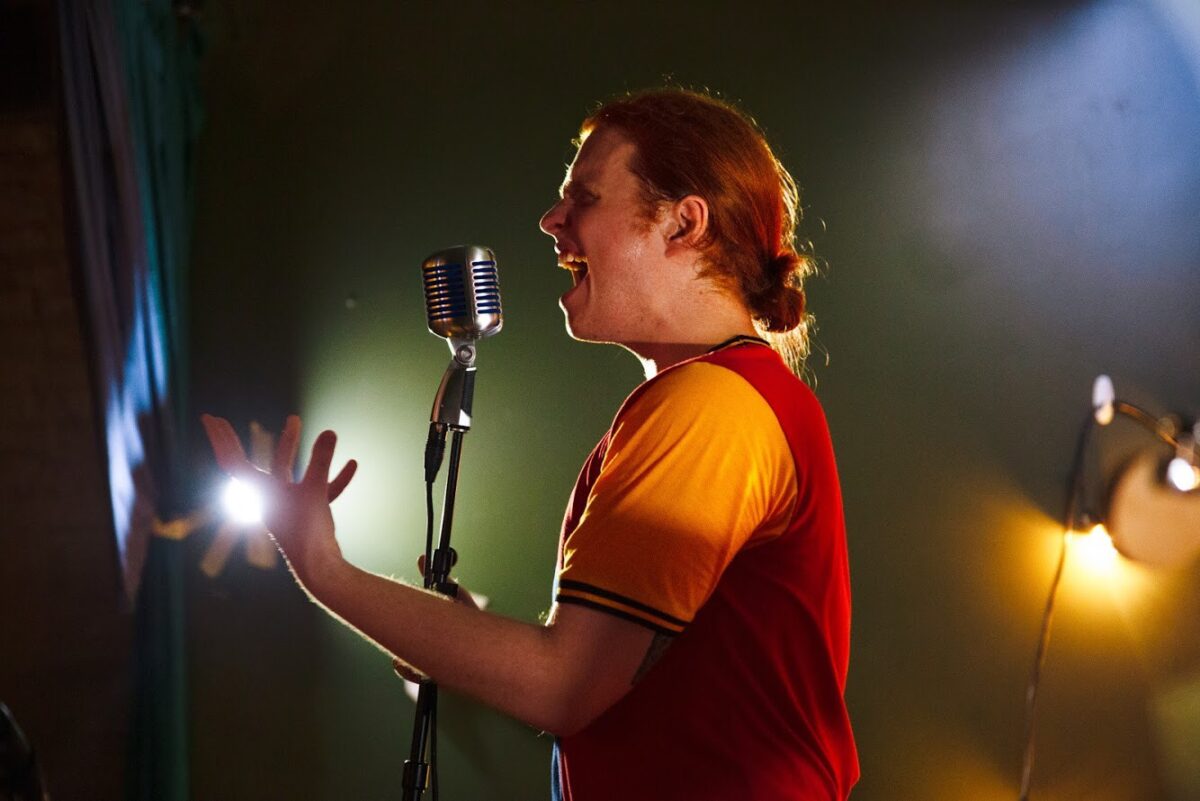 Overall, despite being another hot, sweaty summer night, it was still enjoyable and full of laughs. Each artist showcased their unique levels of musicality and skill, be it acoustically or with a full band. Now with two singles under their belt, we are patiently waiting for Rubber’s debut EP, which was said to be finished this September.