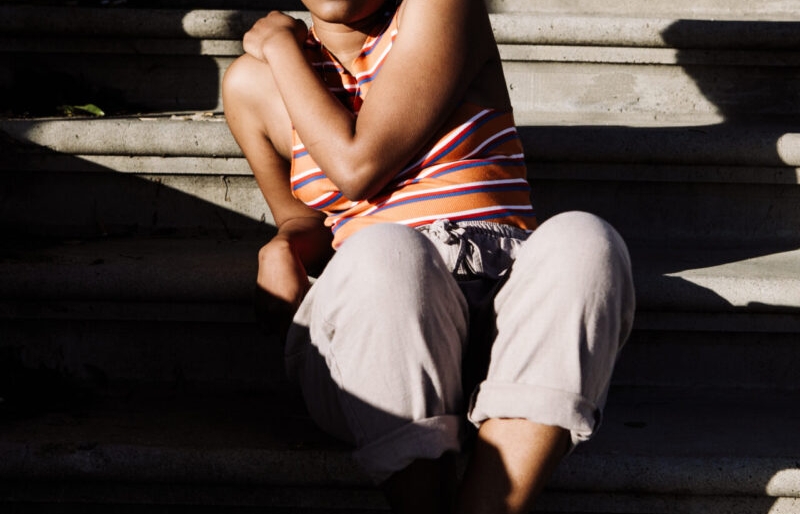 Christinna O | photo by Miriam Brummel | courtesy of the artist

Christinna O’s Girl In Passing will blow you away

I don’t know why we’re still surprised by teenagers with immense musical talent. We should have learned from Lorde’s Pure Heroine and The Internet‘s Steve Lacey that teenagers can make music just as well as, if not better than adults. Girl In Passing is the final nail in the coffin of astonishment at teenagers’ talents.

The nine-track debut EP from 19-year-old Christinna O sounds as if it came from wisest of elders. On it, the Philly-based artist blends poppy R&B with spoken word poetry to create music that is thoughtful, vibrant, and thoroughly impressive.

The EP opens with “Cardio Intro”, the first of three spoken word tracks. On it, O discusses her journey towards self-discovery and acceptance. It is the EP’s thesis statement. Over the course of the ensuing eight tracks, O explores how others have challenged her and how she has grown as a result. “Shelter” is a bouncy track that details O’s experience with emotional manipulation. O’s piercing lyrics float above slick and glittering production. She sings so confidently you could almost miss that the song is about something much darker than its production would suggest. This theme is present throughout the EP. Where one might expect O’s experiences to have beat her down, her music proclaims that she has come out stronger and wiser.

On “My Cup”, O trades bouncy and poppy production for an acoustic guitar. The stripped instrumentation lets her vocals take the spotlight. That is not to say that she is drowned out on the EP’s other tracks; she isn’t. This change of pace just provides listeners with a chance to confirm that she sounds as good as they think she does. Her voice is smooth and inviting. Think Aaliyah, but queer and more suave.

O opens herself all the way on Girl In Passing. She touches on her struggles to be vulnerable on “Lay It Down” and her history with mental health issues on “Catatonia.” Yet, despite all that she reveals, the EP ends with the suggestion that there is much more to O that we don’t yet know. While her writing could fool listeners into thinking she has done that with just nine tracks, she rectifies that on “Cardio Outro.” The EP’s final poem closes with O listing all the things Girl is. Then, as the list goes on, O’s voice cuts out. The last thing she says is “and,” which signals that there is we do not yet know all there is to know about O. Hopefully, she’ll continue her list sometime soon.

Christinna O’s Girl In Passing is out now via New Professor Music. Listen to the full EP below. Check out The Key’s recent interview with O here.