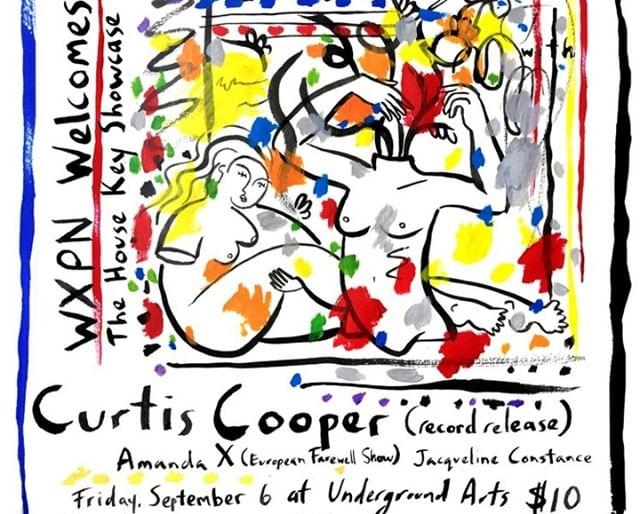 Curtis Cooper, Amanda X, and Jacqueline Constance will play the next House Key Showcase this September

For Curtis Cooper, the show will be a celebration of their latest record Graceful, which came out in early June as an independent release. The album is a self-expressive effort from the non-binary artist about gender, happiness, and mental health. For Amanda X, the show will act as a bon voyage gig, as the group heads out on a tour through Europe in the fall. Their latest creation was 2017’s Giant, a soft, indie-rock LP whose proceeds went to Women Against Abuse. As for the soulful Jacqueline Constance, she most recently released “Carl Thomas”, an emotive, inventive single, earlier this year.

Launched last November, the House Key Concert series spotlights local and regional artists that need to be heard, and in the past has featured Jelani Sei, Ill Fated Natives, and Kilamanzego; Lizdelise, Strawberry Runners, and Snake Boy Gang; and Ellen Siberian Tiger, Hemming, and Camp Candle.