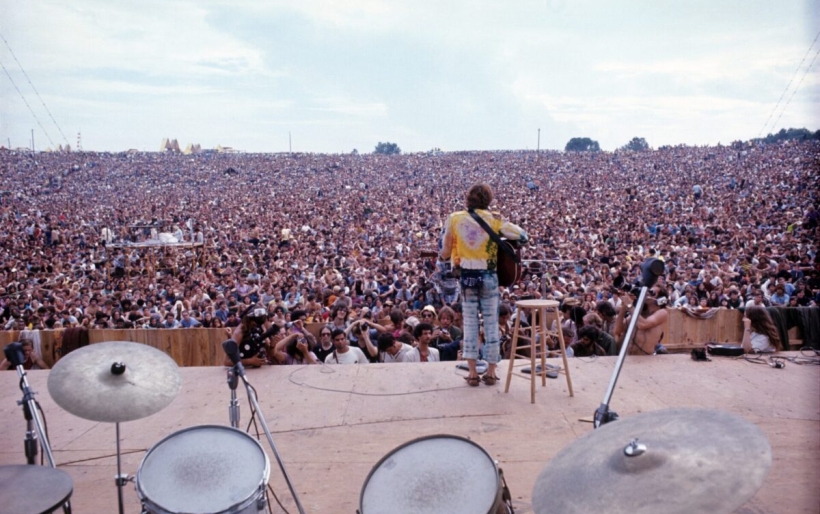 XPN presents Woodstock — As It Happened — 50 Years On

On August 15, 1969, at 5:07 p.m., Richie Havens took the stage at Max Yasgur’s Bethel, New York dairy farm, kicking off three days of peace and music. As we get ready to celebrate the 50th anniversary of Woodstock this month, we find that while the festival lives on in memory and mythology, it’s hard to imagine what it was really like if you weren’t one of the nearly half a million attendees.

To revisit Woodstock as it all went down, XPN will broadcast Woodstock — As It Happened — 50 Years On, a radio exclusive that includes all of the festival’s archived audio, from the music to the stage announcements to the rain delays. Over three days, we’ll play newly reconstructed audio archives of each of Woodstock’s 32 performances, from Richie Havens’ opening set to Jimi Hendrix’s closing one and everything in between, in as close to real time as possible. From Thursday, August 15 at 5:07 p.m. through Sunday morning, tune in to hear the Grateful Dead, Janis Joplin, Crosby, Stills, Nash & Young, and so many more — just as they sounded in 1969 during the weekend that would shape a generation.

Woodstock — As It Happened — 50 Years On is possible thanks to Rhino Entertainment’s Back to the Garden, a new Woodstock 50th anniversary collection that attempts to take the event that defined a generation back to its roots. Producer Andy Zax has spent years organizing and reconstructing the audio into a near-complete chronological archive — realizing that the festival’s storied legacy is only a partial picture of what happened, his goal is to present Woodstock to listeners as it actually unfolded.

Check out the schedule below, and tune in to WXPN over the air, online, on your mobile device, or through your smart speakers from anywhere in the world! Be sure to follow along and join the community using the hashtag #XPNStock on social media. The Who at Woodstock | photo by Henry Diltz