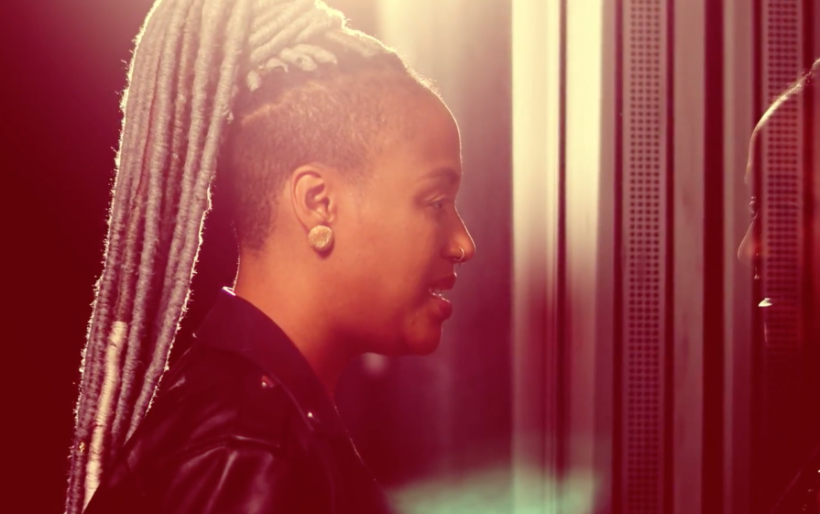 Philly R&B singer Jacqueline Constance has made a name for herself through alluring single releases over the last several years and an engaging live show built around live looping and crowd participation. Her emotional vocals breathe life into the songs she creates, and her latest, “Carl Thomas,” has just recieved a beautiful music video treatment that highlights Jacqueline’s powerful lyrics.

Constance told us over email that “conceptually, ‘Carl Thomas’ is a song around reflection and resolution, and I wanted the video to reflect that. Especially the elements of scattered thoughts and emotions redirecting themselves to a particular event that you wished you had performed differently in, the party where I wish I was more social or an experience with lost love that I wish I could have been more open to.”

Her lyrics directly address these feelings as she sings “baby you could lie but you told me a thousand times that you would love me forever / got me emotional and I can’t let go.” Constance tells us “I wrote that line in a very reflective but still mad as hell sort of way really like ‘I really believed you when you said you would love me forever.’ The video tells of that.”

The title is a reference to the turn-of-the-millennium Bad Boy Records signee, and Constance interpolates lyrics from his hit single “Emotional.” Constance sings of regret in moments that she should have taken a chance, such as an antisocial party or a reticent live show….”then it gets to the dirt,” she laughs. “The exact moment when I met the love of my life but it ends badly. All of these moments mirror the concept of looking back but realizing there’s not much I can do to change it… and being ok with that.”

The wonderful re-imagination of Thomas’ words into Constance new song truly shows the power of his words. These lyrics will tug at heart strings and have you reminiscing about the times that you would have acted differently in tough situations.

Of the “Carl Thomas” production, Jacqueline Constance tells us this:

We shot the video at PhillyCAM, one of the most amazing and multi-purpose spaces in the city under the direction of Roland Boyden, a local filmmaker who is starting to put his artistic eye towards the philly music scene with this inaugural music video. The video includes cameos from some local philly rockstars and friends including Joie Kathos, Kam Dela, Queen jo, Dj G33k, Eli Capella, and others.

Check out the “Carl Thomas” video below. Jacqueline Constance will unveil the video at a premiere party tonight at Mitchell and Ness — details here — and she also performs at the next House Key Showcase at Underground Arts on Friday, September 6th. Curtis Cooper and Amanda X are also on the bill, details can be found at the XPN Concert Calendar.