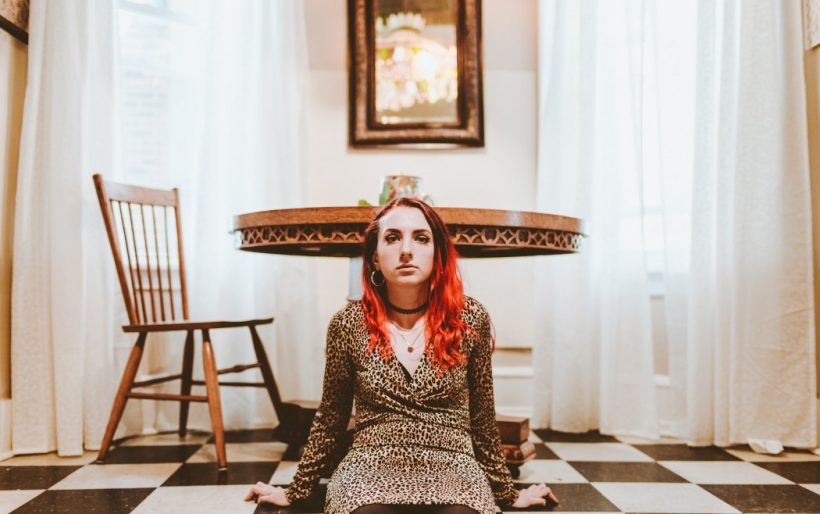 Harmony Woods | photo by Ashley Gellman | courtesy of the artist

Harmony Woods recently announced that their forthcoming sophomore record, Make Yourself at Home, will be released on October 4, and its second single “Best Laid Plans” has us counting down the days. Singer-songwriter Sofia Verbilla worked with Chris Teti of The World Is A Beautiful Place & I Am No Longer Afraid To Die to produce the record, which follows a journey as it progresses. “Best Laid Plans” appears near the beginning, which according to Verbilla dwells in unhealthy infatuation. As the song crescendoes, she sings, “make yourself at home, although you weren’t invited / seasons change, feelings stay the same,” resisting growth while hinting that it may come later.

“This song, and many of the songs from the first side of the record, have to do with throwing intuition aside and giving into infatuation,” Verbilla told Atwood Magazine. “It can be easy to keep going back to pursuing a person who you know deep down isn’t good for you, but somehow causes you to have these intense, euphoric rushes. As we all have done at some point, the narrator makes an unhealthy choice in giving into this person’s hold on them.”

Listen to “Best Laid Plans” below and pre-order Make Yourself at Home via Skeletal Lightning.