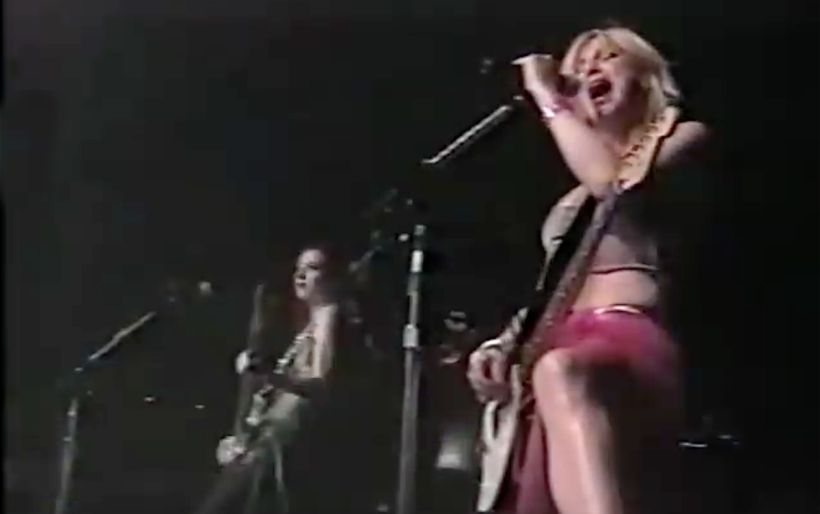 Hole at the Electric Factory | still from video

*This article was originally published on September 8, 2019

Twenty years ago, grunge was long gone, hip-hop and corporate rock ruled the radio, and Alternative-era stars Hole realized that the only way through was to evolve. On September 8th, 1998, they released their excellent third LP, Celebrity Skin, an album of sunny Southern California pop that flew in the face of the overwhelmingly white male rock critic world who still wanted to pigeonhole Courtney Love and her bandmates in the “angry feminist” box.

Not that there weren’t elements of anger in the songs on Celebrity Skin, or despondency, or themes delivered from a feminist perspective. But they mixed with sardonic humor (the title track) shimmering earworm hooks (“Malibu,” “Awful”) and beautiful atmospherics (“Boys On The Radio”). Even though Hole was always a group with complexity, here they fully owned those complexities and the result was the best album of their career.

In the first interview segment, Love talks about the give-and-take between band and audience, and the importance of having a kickass drummer in that dynamic — which, knowing the story of the band’s longtime previous drummer Patty Schemel, who exited Hole amid struggles with addiction as the Celebrity Skin press cycle began, comes off as a kind of loaded statement. Taken at face value at the same time, Love is clearly amped about working with Maloney and Auf Der Maur, and tells the interviewer “You cannot manipulate, gain, or win an audience if you don’t have your rhythm section down.” Later, they contrast Hole’s early days of touring with the scene in 1999, and Love matter-of-factly says “There’s more glitter readily available.”

Watch the segment and listen to Celebrity Skin below.