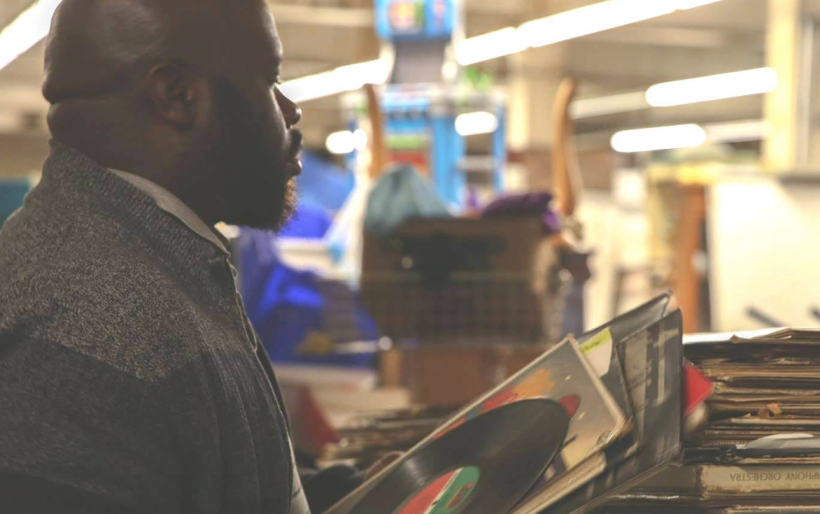 We’re very excited this week to announce Culture Cypher Radio, a new monthly hip-hop showcase on WXPN, hosted by Philadelphia DJ, producer, and writer John Morrison. The three-hour program will air on one Friday each month from 7 p.m. to 10 p.m., with the debut episode launching on September 20th.

On Culture Cypher Radio, Morrison will draw on his extensive musical expertise and experience to present an expansive selection of new and classic hip-hop music alongside the related worlds of jazz, soul, and experimental sounds. Morrison knows his stuff like few others in Philly; as a DJ, he’s spun across a spectrum of settings, from the Sofistifunk party he co-created at West Philadelphia’s Dahlak Paradise, to gigs at the Kimmel Center and Philadelphia Museum of Art. As a musician, he released the expressive, alluring album Southwest Psychedelphia on Deadverse Recordings in 2016. He co-hosts the Serious Rap Shit podcast, a weekly conversation about rap and current events with co-host Josh Indi Leidy. And as an author, he’s contributed music criticism to Bandcamp Daily, Jazz Times, and is a prominent voice right here at The Key, where he’s written about everything from the Philadelphia psych rock scene to classical, jazz, dance and beyond.

That wide-reaching musical taste will be reflected in the playlist of Culture Cypher Radio.

“Ultimately, the show is hip-hop at its core, but through sampling and its appropriation of other genres, hip-hop music is really broad,” John says. “I want the show to represent that idea. On Culture Cypher Radio, you’re going to hear contemporary and classic hip-hop but you also might hear Kraftwerk, Fela Kuti, The Residents, and everything in between!”

A lifelong Philadelphian and a lifelong music lover, Morrison grew up listening to XPN, and he looks forward to bringing Culture Cypher Radio to its airwaves. “As much as I loved XPN as a kid, I always wanted a show like this.” Morrison says. “I wanted a show that was wildly eclectic and a celebration of the culture that I grew up in.”

Tune in to the first episode of Culture Cypher Radio on Friday, September 20th, from 7 to 10 p.m. ET at 88.5 FM in Philadelphia or streaming online at XPN.org.