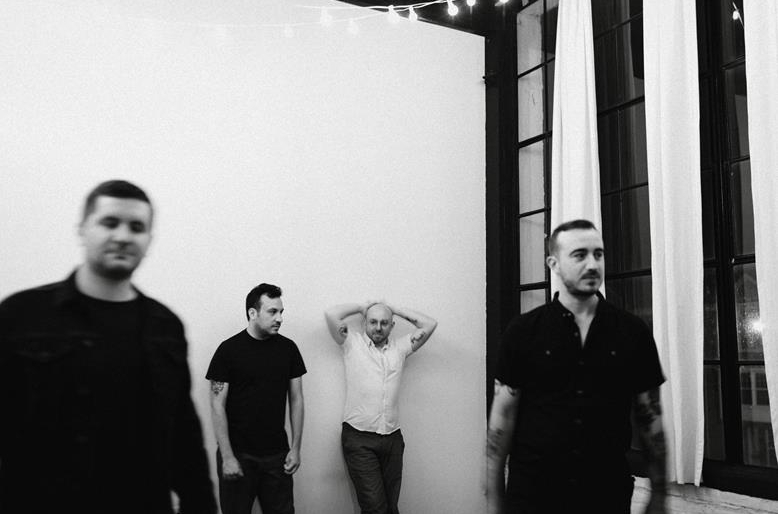 The Menzingers | photo by Jess Flynn | courtesy of the artist

By Amaya Bankowski
September 18, 2019
02:09 PM
Share
The Menzingers | photo by Jess Flynn | courtesy of the artist

On their latest single, The Menzingers draw inspiration from the dense epics of Russian literature. As singer-guitarist Greg Barnett says in a statement announcing the new “Strangers Forever” from the band’s soon-to-be-released sixth album Hello Exile, the title and chorus trace back to a quote in Leo Tolstoy’s novel Anna Karenina: “Even if we remain in the same house, we are strangers – strangers forever!” In the novel, the lead character Darya Alexandrovna says this after discovering her husband had been unfaithful to her. For Barnett, this narrative of losing love and affection for someone so dear resonated with him, and became the backbone of the song.

Watch a new music video for “Strangers Forever” below.

Formed in 2006 when the band members were just teenagers in Scranton, The Menzingers have withstood the test of time over the course of five well-received albums. Hello Exile is due out on Epitaph Records on October 4th, and contains twelve tracks and some of the band’s most emotionally-charged work to date. The Menzingers are on tour this fall accompanied by Tiger Jaw and Culture Abuse, and have two upcoming performances in Philly. Their first show will be an acoustic instore on October 4th at Creep Records and they’ll return for a full-band set at Franklin Music Hall on November 29th. Click here for tickets and more info, see below for their complete list of tour dates.