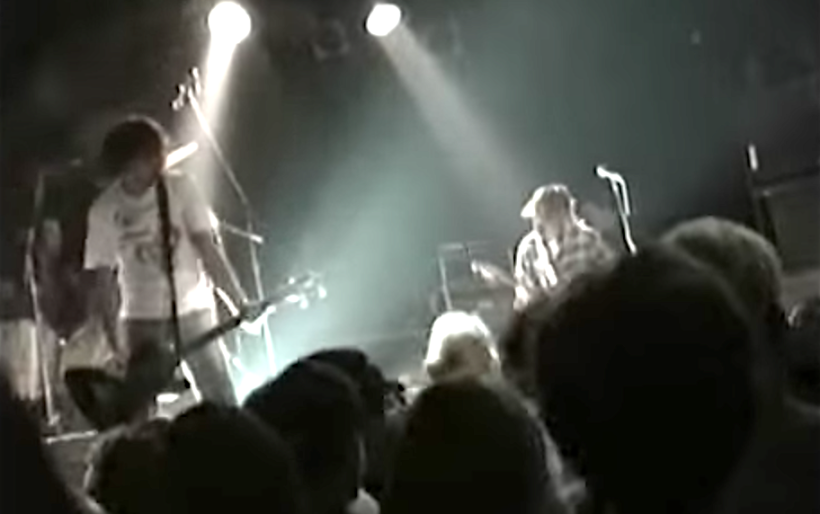 If you’ve read anything about storied Trenton venue City Gardens, it probably involves how it was a grody and raucous space, often packed with mosh pit machismo and relentless roughhousing.

If you’ve read anything about alternative-era icons Nirvana, it probably involves how they had no tolerance for that sort of thing. Like, at all.

So when Kurt Cobain, Krist Novoselic, and Dave Grohl played there on September 27, 1991, it was the perfect storm for a train wreck. And yet the energies in the room — crowd and band alike — managed to find a balance, and ultimately transcend into a chaotic kind of joy.

Cobain wasn’t quite yet at the discomfiting level of celebrity that eventually gave fuel to his addiction, depression, and death, but the pieces were gathering. Nevermind had been released three days prior to this gig; two days after, the “Smells Like Teen Spirit” video received its premiere on MTV’s late night program 120 Minutes.

The song was months away from being the massive hit it would become, but at the 22-minute mark of this video shot on a camcorder from the floor of City Gardens, you can see how the crowd absolutely loses it when the E-A-G-C riff gives way to that snare-kick lead-in. Their reaction was not one based on hype, at least not yet; it was absolutely genuine, and presaged the juggernaut the record would become.

The video, like the venue, is raw and rowdy — the sound is blown out, the camera person is very obviously having a hard time finding their footing as the crowd flails around them (particularly during the Bleach-era banger “School”). Swatches of scruffy headbanging hair cut across the lens, jarring the shot and jostling the camera as slam dancing occurs on all sides. And yet it’s a perfect capsule of this era in music (“the grunge scene” or what have you), just as much as Cobain’s attire of grey cardigan on top of a checkered flannel on top of a Big Muff t-shirt.

Take in the video, and check out the setlist below. It was standard fare for the ill-fated Nevermind tour, but three months later, the band would play SNL and their world (and ours) would never be the same.

Setlist
Jesus Wants Me For A Sunbeam
Aneurysm
D-7
Drain You
School
Floyd The Barber
Sliver
Smells Like Teen Spirit
Polly
About A Girl
Blew
Been A Son
Something In The Way
Negative Creep
Endless, Nameless
Related Content
View All Related Content