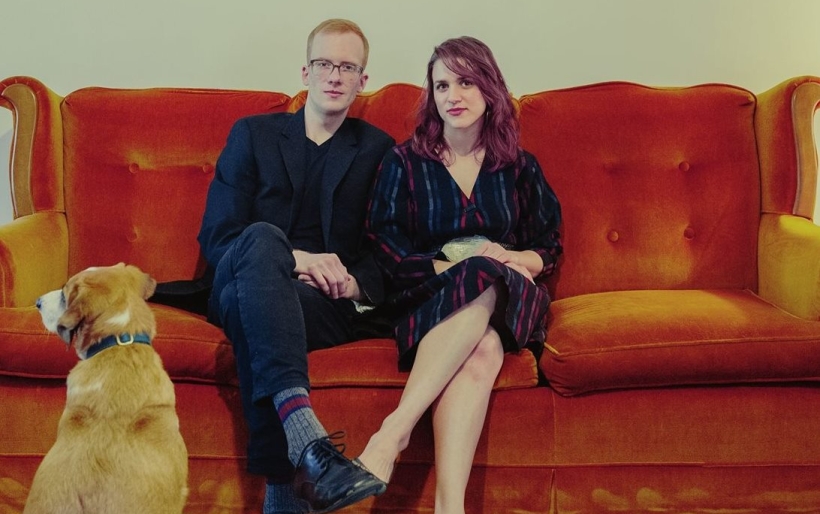 Brother Martin is the Philly-based duo of singer/saxophonist/accordionist Maria Mirenzi and pianist/vocalist Dan Espie. After forming in 2016 and releasing their debut EP Led-Son last year, the band just shared their first-ever music video for the new single “As Long As.”

Blending jazz, rock, and folk influences, the duo is accompanied by the Bismuth Quartet on strings on the new song, which was recorded in town at Miner Street Recordings. They stayed close to home for the video, too, shooting on location at The Iron Factory in Philadelphia and in the Pine Barrens of New Jersey.

The two locales make for a jarring change in scenery, the factory building and its shadowy choreography giving way to the bright green of the light-filled outdoors. Directed by Joseph Ahmed, the video takes us on a journey that matches the sweeping, crescendoing song as unfolds into gentle chaos.