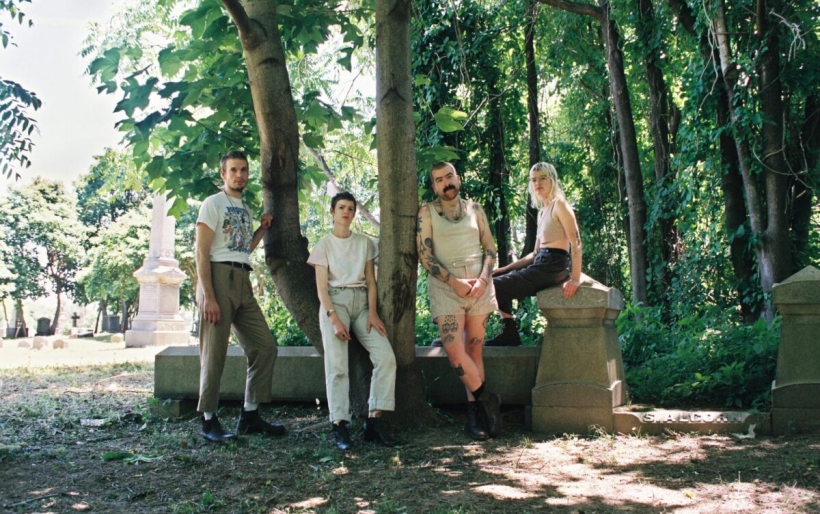 Empath | photo by Troy Memis | courtesy of the artist

Philly’s Empath stepped outside of their musical comfort zone to rework a song by one of their favorite artists. Their seven-and-a-half-minute rendition of Lucinda Williams’ “Drunken Angel” gives the song a punk-ified twist in the band’s own style, its sharp, sped-up lyrics fading into a hazy, improvised outro they’ve named “The Other Side.”

“We were interested in reworking a song outside of our typical style of music,” Catherine Elicson of Empath tells The FADER. “We also wanted to pay homage to Lucinda Williams, one of the greatest living songwriters. So we dragged ‘Drunken Angel’ through the Empath filter, and the result is what made it to the other side. Lucinda, we hope you don’t hate it!”

Williams wrote “Drunken Angel” about her friend, the late singer-songwriter Blaze Foley, after his death in 1989. It appears on her 1998 breakthrough album Car Wheels on a Gravel Road, which Williams has spent the last year playing live to celebrate its 20th anniversary. “Drunken Angel” is a song so memorable that Empath isn’t even the first band in the Philly scene to record a cover recently: Slaughter Beach, Dog, released their own version last year.

Empath recently signed with Fat Possum Records and reissued their debut album Active Listening: Night on Earth earlier this month. They’re on tour with La Dispute and Touché Amoré this fall, and will play Union Transfer on November 20 and the Starland Ballroom on Nov. 22. Find tickets and more information on the XPN Concert Calendar. Below, listen to Empath’s rendition of “Drunken Angel,” as well as Lucinda Williams’ original.