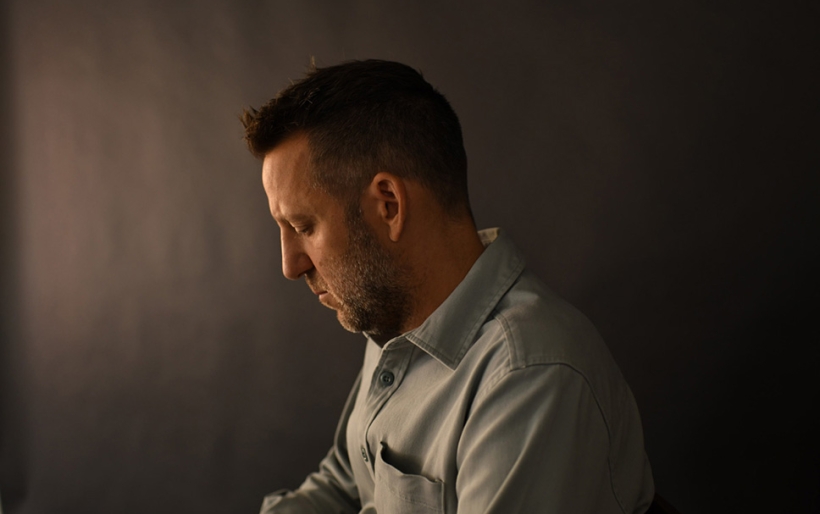 Denison Witmer muses over change, adaptation, and settling in on “River of Music” from new LP American Foursquare

Denison Witmer recently announced his 12th album, American Foursquare, and just shared “River of Music,” the first of two singles he plans on releasing this fall. The full album will come out next spring on Sufjan Stevens’ label Asthmatic Kitty Records.

Witmer began working on American Foursquare after taking a break from music to move back his hometown of Lancaster and start a carpentry business. Named for the architectural style of the 100-year-old house Witmer now lives in, the album channels the simplicity and groundedness of the songwriter’s new surroundings. “River of Music” is our first taste of those themes of change, adaptation, and settling in.

“While writing this song, I often thought about how music is basically a magic spell,” Witmer writes about “River of Music.” “Something is created from nothing—arranging notes and rhythm and instruments—and it has the possibility of shifting our emotions, thoughts, and even our actions. I take so much from music, so I’m grateful to give back in whatever way I can. ‘River of Music’ feels like a fitting first song to release after my hiatus from recording and touring. It’s a love song. It’s a call to action to give back, pay it forward, live intentionally, and love unconditionally.” Listen below.