The Districts' new album You Know I'm Not Going Anywhere comes out in March; listen to "Hey Jo" - WXPN 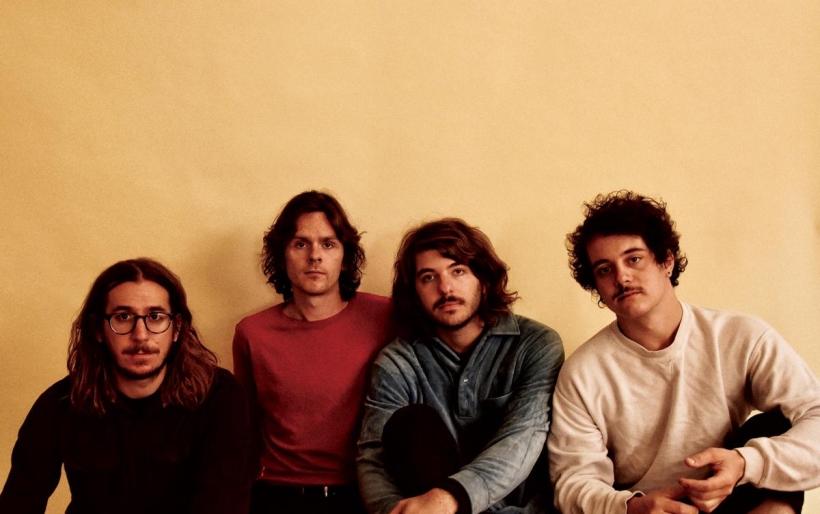 The Districts | photo by Shervin Lainez | courtesy of the artist

The Districts’ new album You Know I’m Not Going Anywhere comes out in March; listen to “Hey Jo”

Philadelphia rock band The Districts announced their return today with a propulsive new song called “Hey Jo” and details on their fourth album, You Know I’m Not Going Anywhere, due out on March 13th via Fat Possum Records.

After many years working the touring and studio circuit nonstop, the Lititz rooted band took a much needed breather at the end of last year, only playing a handful of select dates in 2019 (including one with The Raconteurs in Denver) and working on this new record with both Keith Abrams of Pine Barons and Dave Fridmann (known for production with The Flaming Lips and others).

The first taste of the record is “Hey Jo,” a song that shimmers and shakes, alternating between an uplifting pop verse and a hammering refrain as singer/guitarist meditates on geographical distance, personal growth, and taking control of your destiny.

As Grote says in a press release:

“This song is about relationships unfurling amidst the dysphoria of the modern world. We are all imperfect products of the natural world, and more specifically products of our own minds. This song was inspired by navigating how to be your best self and detach from what is destructive in you, to be something more perfect, gentle, and beautiful.”

You Know I’m Not Going Anywhere features eleven songs and a beautiful cover photo shot by James Paris; listen to “Hey Jo” below, check out the track list and album art, and the band’s tour dates. The first leg of their run finds them joined by dazzling Northampton, Mass band And The Kids, while the second leg has them touring with Glove from Tampa.

Their Philly headliner falls right in the first third, right before album release day, when they play Union Transfer with And The Kids on March 12th; tickets and more information on the show can be found at the XPN Concert Calendar. Grab a pre-order of The Districts’ You Know I’m Not Going Anywherehere.